It was 42 years ago, in the autumn/fall of 1968, that brothers Bill and Will Morey spotted a giant 12-lane fibreglass slide operating near a shopping centre in Fort Lauderdale, Florida. Inspired by what they saw, the brothers purchased a similar ride, called the Wipe Out, and so began a life long passion in the amusement business (previously they were in construction).

Through an online lottery, 200 lucky riders had a “last chance” to slide down the Wipe Out on October 10. Orders were then taken for a memorial piece of the slide for $50 each, with proceeds being donated to IAAPA’s archive preservation fund. 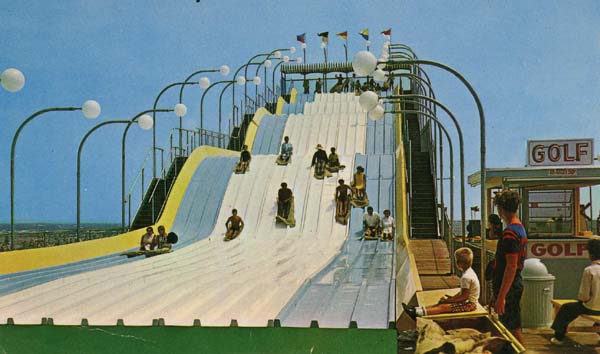