SkyScreamer, by Funtime, is the latest thrill ride at Six Flags Discovery Kingdom near San Francisco.

The attraction is one of two Star Flyers debuting this season at Six Flags parks in North America, the other being an even taller version in St Louis, Missouri.

Standing 150ft (45-metres) high, Discovery Kingdom’s SkyScreamer is equivalent in height to the park’s tallest rollercoaster, Medusa, and gives passengers a bird’s eye view of the entire venue. Topped with a globe surrounded by the Six Flags name on two sides, the attraction boasts a 32-rider capacity, suspended by chains in 16 twin seats. At full swing, guests revolve in a 98ft circle at speeds of 43mph for two and one-half minutes. Once the sun sets, SkyScreamer will be lit from top to bottom, creating a stunning focal point for the park. 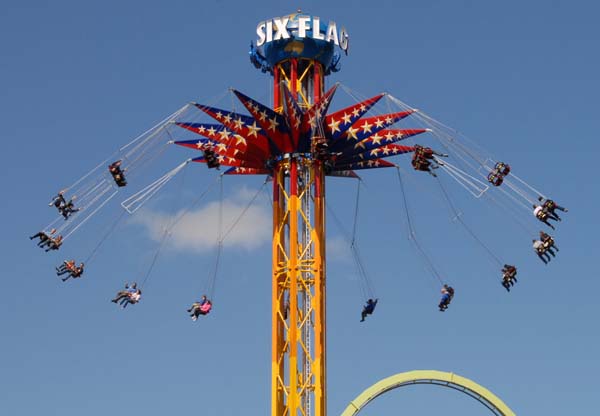 “There is nothing like it in Northern California,” notes Six Flags Discovery Kingdom president Dale Kaetzel. “The sense of soaring so high is both exhilarating and nail-biting, and it’s that anticipation before the ride starts that gets the heart pumping.” 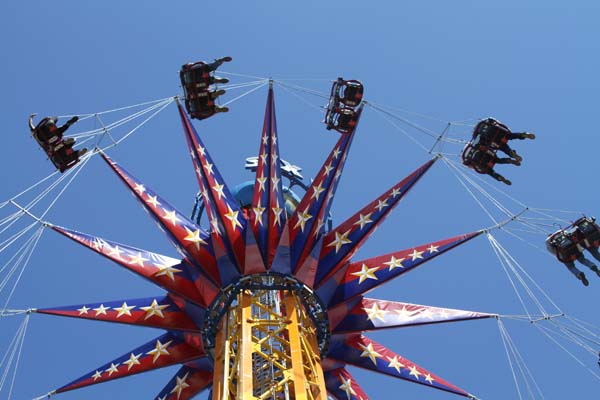