Like the old tune by the Starland Vocal Band says, “Sky Rockets in flight, afternoon delight.” Butter smooth and fast-paced, it is a joy to ride.

“With this coaster’s incredible launch that shoots you straight up and the plummet back down, Sky Rocket is a name that really fits the ride experience,” explains Kennywood general manager Jerome Gibas.

The new ride is the park’s seventh rollercoaster and unlike any other coaster in the Kennywood ride line-up. “Palace Entertainment [the park’s owner] had given us the ‘go-ahead’ to look into a new coaster/attraction for the 2010 season,” recalls Gibas. “After much discussion and deliberation, a steel coaster was chosen as the winner. Sky Rocket was created specifically for Kennywood with a lot of coaster elements that we did not have like a launch and inversions, while at the same time not requiring any type of over-the-shoulder harness.”

Sky Rocket packs a lot of action into its 2,100ft (640-metre) length, including three inversions and a zero-to-50mph launch in three seconds. It is the first coaster at the park with inversions since the Steel Phantom.

After the high-speed launch, riders experience a vertical ascent to 95ft (29-metres) before a brief cliffhanger pause at the top and a 90-degree drop into a maximum G-force pullout. The riders then enjoy extended airtime as the 12-seat train races into an inverted top hat element, passes into a barrel roll and goes vertical again through a twist leading up to another pause.

Riders experience a second vertical freefall followed by another maximum G-force pullout on the way into a highly banked fan curve. After a traditional corkscrew, a curve to a zero gravity hill, and a series of first-ever wiggle-waggle wave turns called a “Surf Curve,” riders finally return to the station. All this high-speed action is packed into just 51 seconds.

“At this point in time Sky Rocket is definitely our signature attraction because of the all the new elements it brings to the park including the exciting launch system,” believes Gibas. “On the days when the weather has been good, attendance has been strong and the new ride has seen a lot of people enjoying the experience. The public is definitely excited about Sky Rocket.”

Erection of the coaster was a challenge, however. “I found it amazing,” Gibas admits, “that with a late starting date of construction and experiencing one of the worst winters in many years, the teams at Kennywood, Premier and all of the contractors were able to get this ride built, installed, commissioned and operating within six months. Unbelievable!”

The choice of Premier Rides to supply Sky Rocket was not immediate. “When the decision was made to go with a steel coaster,” Gibas remembers, “we reviewed a number of quality manufacturers both in the US and overseas. After much discussion we choose to go with Premier. They came back with an outstanding package that offered many different elements along with a very competitive price. Premier has been great to work with. They have delivered!”

To other operators considering a similar ride, Gibas says “I would strongly consider a ride of this calibre. Jim Seay and his team at Premier have brought an excellent product to Kennywood.” 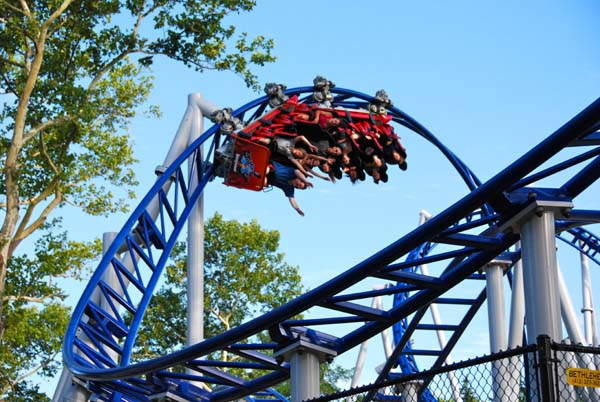 Sky Rocket is the seventh coaster at Kennywood, replacing the Turnpike auto ride. The Turnpike’s last day was in August of 2009 but park officials say the ride may return one day. That full list of coasters is as follows: 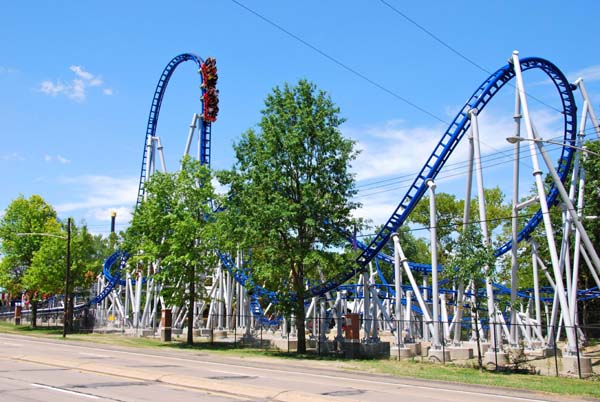