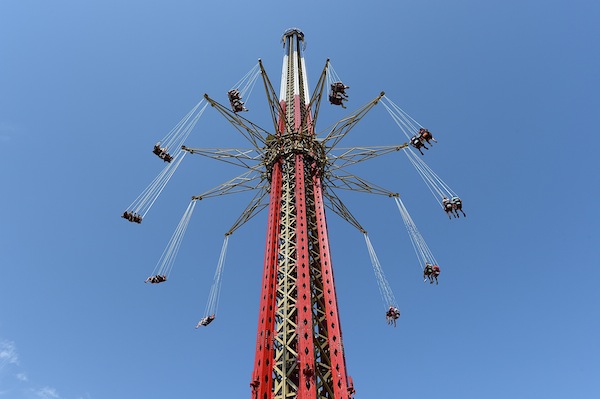 “This year we opened our eighth Star Flyer with Six Flags at their New England [pictured above] property and it was another one of our massive 123m (403ft) rides,” notes Hannes Lackner, head engineer at the Austrian ride manufacturer Funtime. “Next year will see another Star Flyer open at Six Flags Mexico, where it will be the second Funtime attraction at the park.” 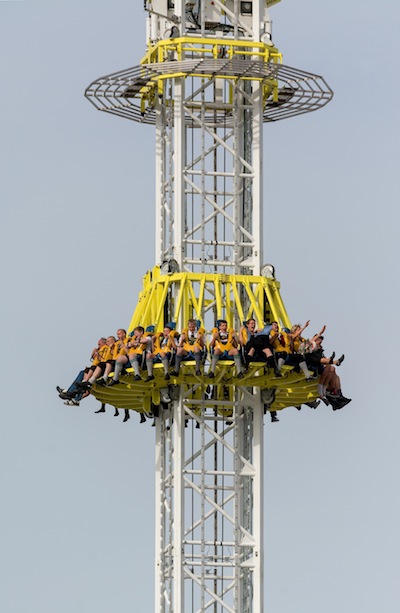 The company that made its name with extreme attractions such as the Slingshot (two more of which opened in 2014) has also made an impact recently with another kind of tower ride. After introducing its first Skyfall at Munich Oktoberfest last year, Funtime has gone on to supply a further three of these massive mobile freefalls, for showmen in Germany and Switzerland. Developed with the European showman in mind, the 80m-tall (262ft) tower ride can be set up in less than one day with no cranes. A park model is also available. The ride offers a heart-pounding experience for up to 24 passengers as they are whisked to the top of the tower and then dropped all the way back down into a set of magnetic brakes. 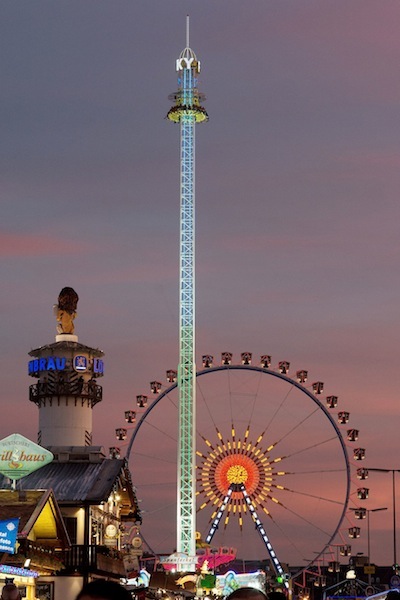 “We felt that even though there are several freefalls on the market, we could make it much more user-friendly,” explains Lackner. “We came up with a unique way to erect a tall tower without a crane and did some other improvements to the ride system, such as putting the winch at the bottom of the tower. Since we own and operate some of our attractions, we bring operations experience into our ride design.” The company is expected to open a new prototype attraction soon at the Prater amusement park in Vienna. 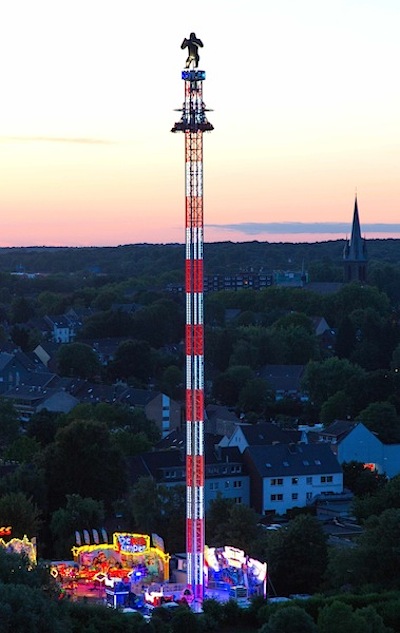 Gerstlauer takes to the Sky

Sacoa will feature its latest cashless technology at IAAPA…