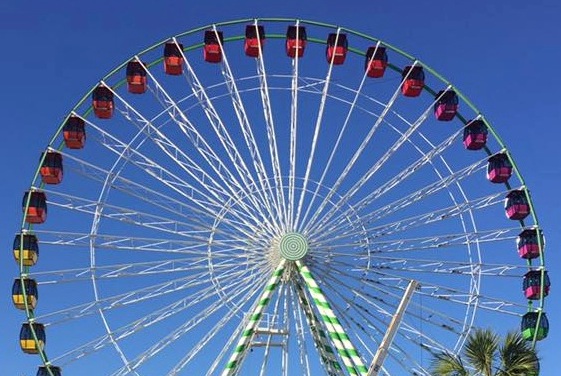 Visitors to this year’s Florida State Fair (February 9 to 20) in Tampa could enjoy more than 115 rides, including a brand new and noteworthy new addition for 2017. Presented by midway co-ordinator Wade Shows, the 155ft (47m) Sky Eye from Dutch manufacturer Lamberink is one of the tallest travelling giant wheels in North America. From the top, on a good day, passenger can apparently see more than 15 miles (24km). 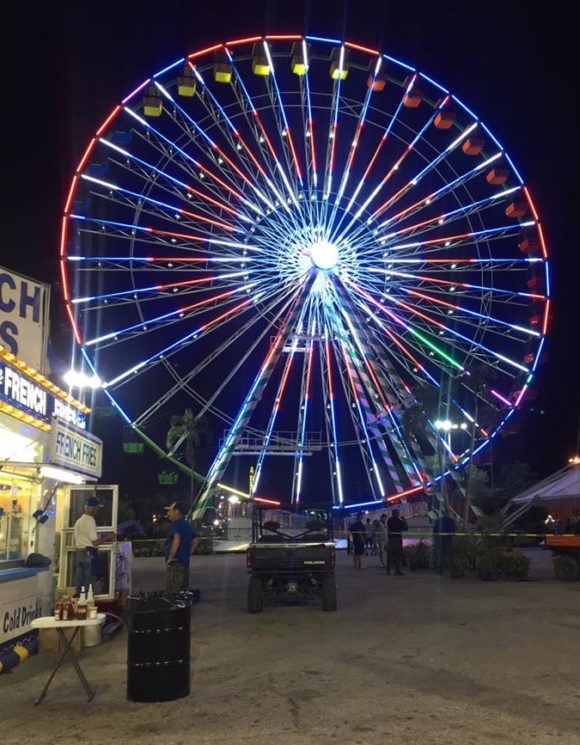 The wheel can also be seen from a considerable distance, especially at night. More than half a million LEDs, fitted while the ride was under construction in Florida, ensure its place as the brightest spectacle on the fair. The 524,000 red, green, blue, yellow, orange and purple lights require more than six miles of wiring (9.7 km). 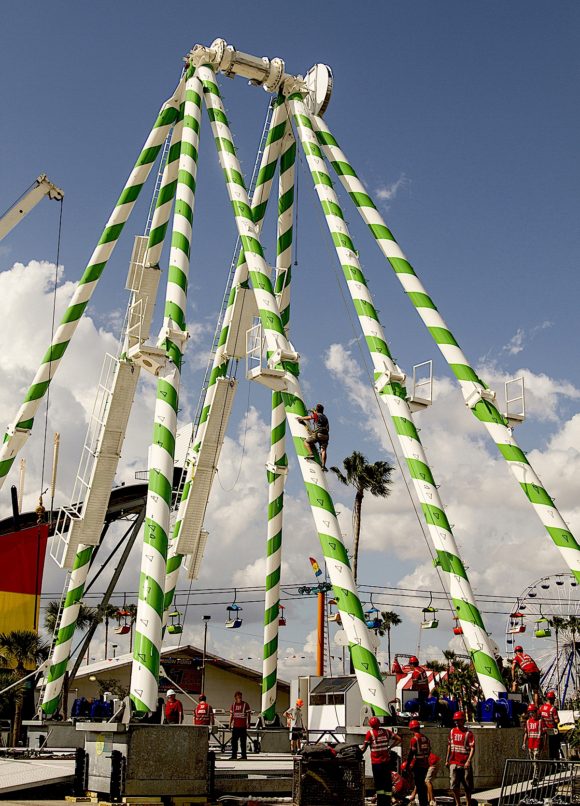 The ride under construction in Tampa