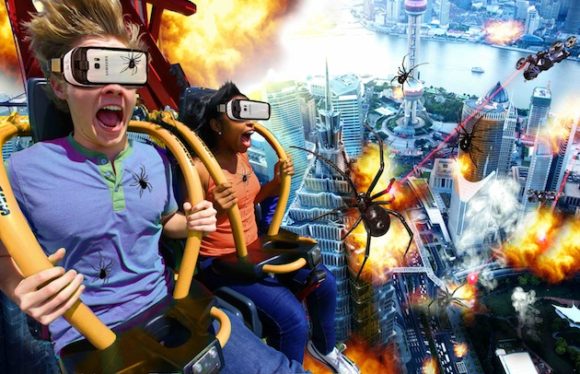 This intense ride film, availale for a limited time only, takes passengers on a virtual 100- storey ascent while teetering off the edge of a helicopter. At the top, there is a 360° view above skyscrapers under siege by enormous spiders. A high-intensity gun battle erupts against a giant arachnid, spewing baby spiders that virtually crawl all over the rider’s body before they plunge down between the buildings and a final showdown with a spider the size of a van!

Arcophobia at Six Flags Over Georgia