Simworx goes to the seaside!

The 30-seat installation, which opened in June, is housed inside a building that previously accommodated a simulator.

The film Curse of Skull Rock will be joined later in the year by Dracula 4D, a new production by Red Star Studio. Christie projectors are used together with high definition sound and 4D special effects including seat vibration, leg ticklers, water spray, wind, bubbles and lighting effects.

“This has been something we’ve been looking at for a couple of years,” reveals Pleasure Beach managing director Albert Jones. “We are trying to add more indoor attractions because of the weather in the early and late part of the season. 3D is ‘in’ at the moment so it’s good to do something topical and that the public is talking about. We wanted two films so we can cater for repeat visitors, which we get a lot of.”

The Great Yarmouth installation is one of two effects theatres Simworx has supplied recently to a UK seaside resort. The other is at the rebuilt Grand Pier in Weston-super-Mare. 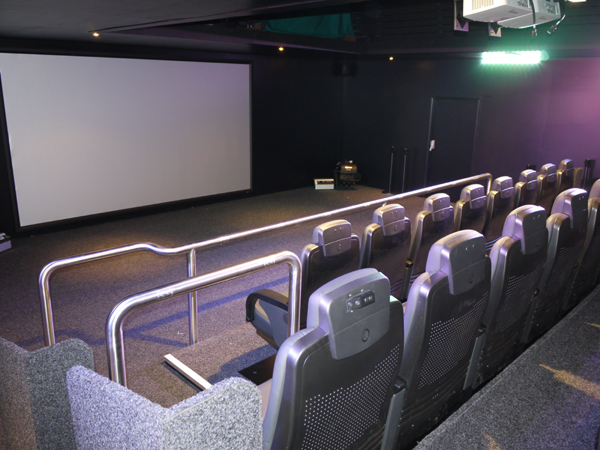