Shaun the Sheep headed down under 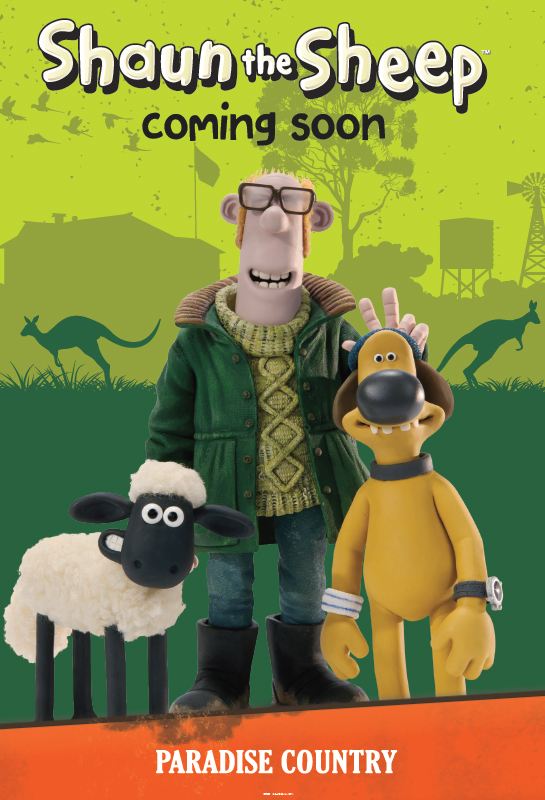 Aardman have announced that Shaun the Sheep is set to arrive in Australia’s Paradise Country on the Gold Coast in partnership with Village Roadshow Theme Parks, a relationship secured by Merchantwise Licensing.

There will also be a live show ‘Shaun’s Aussie Adventures’ which will take place twice daily and a themed retail outlet, Mossy Bottom Memories.  Visitors will have the opportunity to meet Shaun the Sheep and have their photo taken with him.

“Shaun the Sheep is a wonderful fit for the park with both parties sharing an affinity for the farm lifestyle. “Shaun the Sheep is such an iconic and well-known character with families and we are excited to welcome him and his flock to Paradise Country.”

In Australia, Shaun the Sheep and its related preschool series, Timmy Time have long been mainstays on ABC TV and iView digital platforms, attracting more than 130,000 daily viewers.  Next year will also see the theatrical release of the much anticipated sequel ‘Shaun the Sheep Movie: Farmageddon’ in cinemas across Australia later in 2019.