SeaWorld Entertainment, Inc., is initiating a leadership transition plan. Joel Manby, President and Chief Executive Officer, has departed and current John T. Reilly, Chief Parks Operations Officer, has become interim CEO succeeding Manby.  Current Chairman of the Board Yoshikazu Maruyama, a 22-year veteran of the global theme park and entertainment industry, has become interim Executive Chairman until a permanent CEO is appointed by the Board of Directors, at which time Mr. Maruyama will resume his position as Chairman of the Board of Directors. Manby has agreed to assist the Company to ensure a smooth transition.

Reilly was appointed as the Chief Parks Operations Officer of the Company in April 2016. His role has operational oversight over all of the Company’s theme parks. Prior to that, Reilly served as Park President of SeaWorld San Diego from 2010 until April 2016 and Park President of Busch Gardens Williamsburg from 2008 to 2010. Reilly has held other positions of increasing responsibility with the Company since 1985. Reilly serves on the board of trustees of the Hubbs-SeaWorld Research Institute. 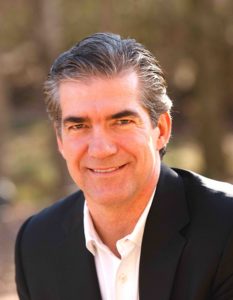 Manby was hired in May 2015 as an outsider following criticism of the company for its use of killer whales. He ended orca breeding and whale shows, but SeaWorld continued to see attendance slide. In 2017 attendance at the company’s parks fell 5.5% to 20.8 million. On the bright side, fourth-quarter attendance was down only 2.7% as the decline slowed, and attendance during the first several weeks of 2018 is up.

Jewish theme park coming to Dimona in the desert