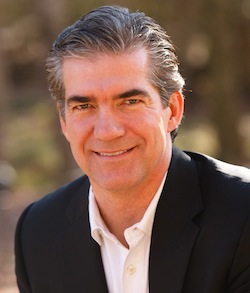 Interim SeaWorld CEO David F D’Alessandro will continue to serve as the company’s chairman. Most recently, Manby served as president and CEO of Herschend Enterprises, the largest family-owned theme park and entertainment company in the United States, where he expanded the portfolio from six to 26 properties while more than doubling annual EBITDA and net cash flow.

“The board of directors has completed an extensive search process and we are extremely pleased to welcome Joel Manby to SeaWorld Entertainment,” notes D’Alessandro. “Joel has nearly 20 years’ experience and a proven track record with business models very similar to ours – multiple brands and multiple properties in the entertainment and theme park industries.”

“This Company has tremendous brands, and for more than 50 years, families have come to our parks to learn about animals, have fun and be entertained,” adds Manby. “We are known for our exceptional operations and world-class animal care. My job is to build on that foundation while consistently improving and innovating in a competitive environment. I look forward to working with our more than 23,000 team members through the challenges ahead.”

Manby, who before joining Herschend spent 20 years in the automotive industry, appears to be leaving the family-run operation with its blessing: “One of Joel’s greatest gifts to Herschend was his ability to articulate and extend our culture as the business grew,” says Chris Herschend, vice-chairman of the board. “He worked tirelessly to assure our family’s principles and values were clearly communicated, measured, and most importantly modeled – all while growing and diversifying the company’s portfolio. We will miss him, but are buoyed to know Joel carries and shares Herschend values wherever he goes in the future.”

As a result of Manby’s resignation, Herschend only plans one change in its senior ranks, with the naming of Andrew Wexler to interim CEO. Wexler has worked at the company for nearly a decade and also serves on the board of directors of the Harlem Globetrotters, a division of Herschend Enterprises.

Meanwhile Jane Cooper continues in her role as president and chief operating officer of Herschend Enterprises’ largest business unit, Herschend Family Entertainment (HFE), which runs the company’s parks and attractions business including its flagship property Silver Dollar City, and Dollywood, where HFE is the operating partner, working with Dolly Parton.