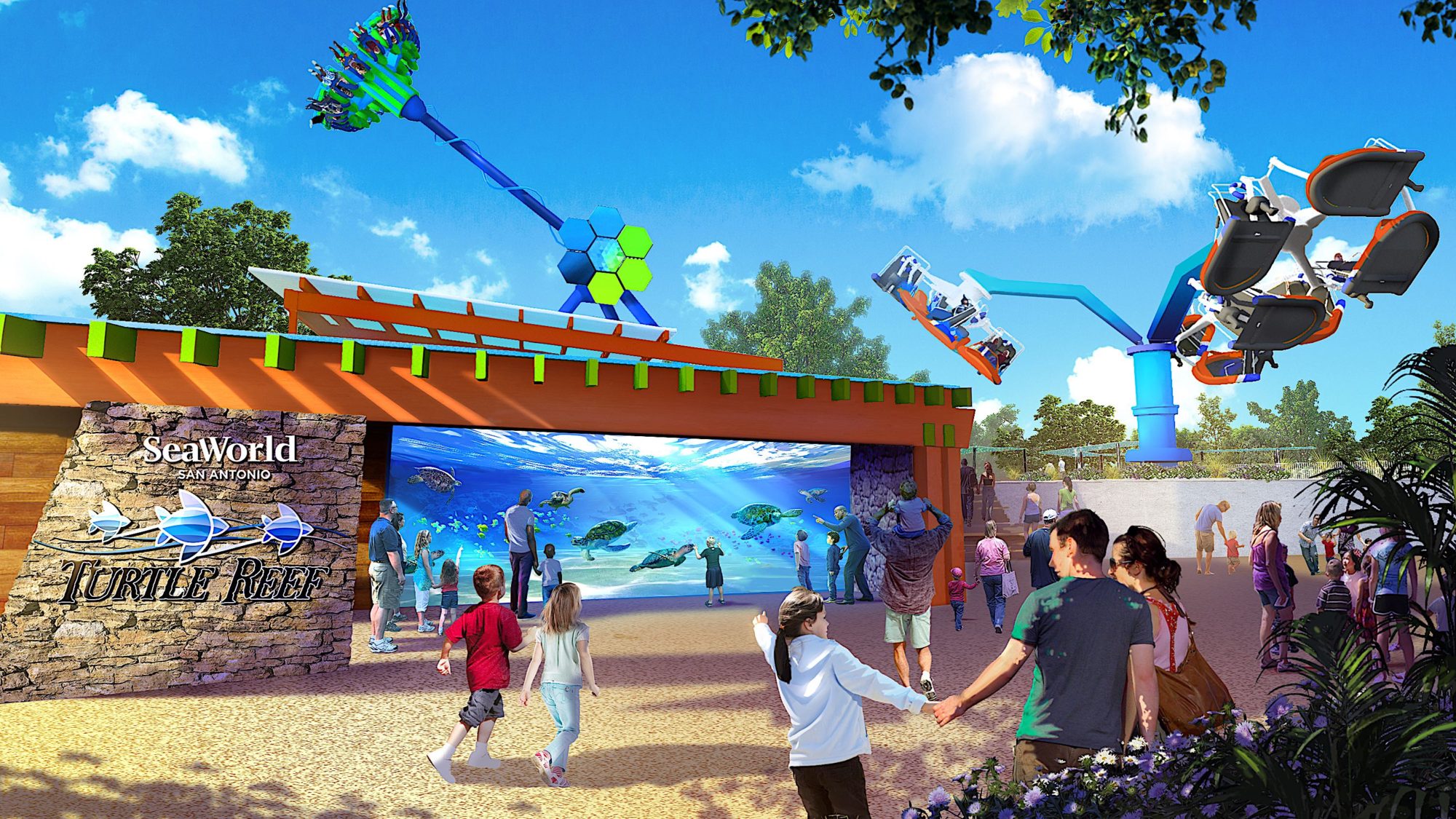 An interactive sea turtle attraction and new rides will bring more waves of adventure to SeaWorld & Aquatica San Antonio in spring 2019. SeaWorld will unveil Turtle Reef, a habitat that will enable guests to get an up-close look at threatened and endangered sea turtles, plus learn about the threats the species face in the wild.

The focal point will be a 126,000-gallon coral reef-themed environment, with a unique and natural bio filtration, featuring rescued and non-releasable green sea turtles, along with hundreds of multi-coloured Caribbean fish. Located between Shamu Stadium and Rio Loco river rapids ride, Turtle Reef also will feature SeaWorld’s second underwater viewing area where guests can watch from a floor-to-ceiling, panoramic portal as turtles swim just inches away.

“Our guests not only will learn about amazing sea turtles but also how all of us can improve ocean health,” said Chris Havel, SeaWorld San Antonio senior aquarist. “One big way is to keep plastics out of the aquatic environment. Thus, it’s no coincidence that almost a decade ago SeaWorld started limiting plastics in its parks.”

In conjunction with the opening of Turtle Reef, two new family rides will debut – Riptide Rescue, a Huss Airboat, where guests can board a boat and set out on their own sea turtle rescue mission aboard a classic spinner ride, and Sea Swinger, a Zamperla Midi Discovery, that swings riders 180º in both directions.

Another important aspect of Turtle Reef is a new partnership between SeaWorld San Antonio and The University of Texas Marine Science Institute’s Amos Rehabilitation Keep (ARK), which will receive 5 percent of the net proceeds from turtle-themed merchandise sold at SeaWorld. ARK’s primary mission is to rescue and rehabilitate sick and injured sea turtles, birds, terrestrial turtles and tortoises found along the South Texas coast, with the goal of releasing them to their native habitat.

“We’re excited about the partnership with SeaWorld San Antonio and the opportunity it will provide to help continue rehabilitating and educating new visitors about endangered and majestic sea turtles,” said Sally Palmer, Communications Coordinator at The University of Texas Marine Science Institute. 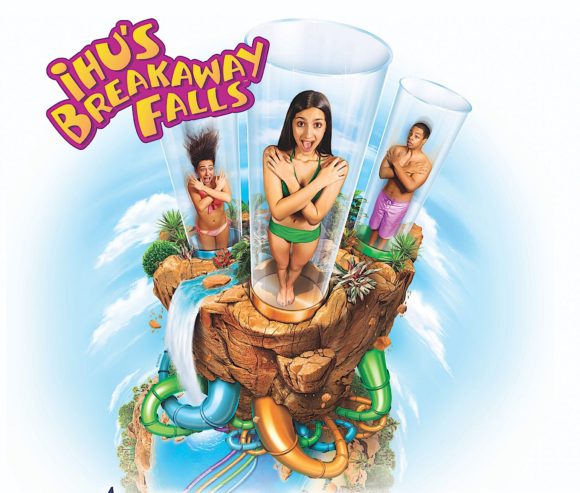 “ARK, one of the nation’s most-dedicated animal rescue organizations, is very focused in its work to help animals in the wild,” said Carl Lum, SeaWorld & Aquatica San Antonio Park President. “This is an excellent fit for us since, in our more than 50-year history, SeaWorld has rescued more than 33,000 animals in need. This partnership will continue our company’s commitment to be the largest marine animal rescuer worldwide.”

Premiering at Aquatica in 2019 will be Ihu’s Breakaway Falls, a new multi-drop tower slide from ProSlide Technologies, which is named after Ihu, Aquatica’s colourful gecko.

Fernando Eiroa Steps Down as CEO of Parques Reunidos