After a tricky few years, with minimal new attractions and as many parks closing as opening, a steadily improving economy means the 2011 season promises to be one of the best in years for park-goers in North America, writes Paul Ruben.

Perhaps the most anticipated new opening of 2011, Legoland Florida (pictured above and below) debuts in October on the former site of Cypress Gardens in Winter Haven, following a multi-million dollar transformation by Merlin Entertainments. This, the fifth Legoland worldwide and the second North America, will be a 150-acre interactive theme park dedicated to families with children between the ages of 2 and 12. It will feature more than 50 rides, shows and attractions.

But before that, visitors to the Grapevine Mills Mall in Texas will be able to get a bite-sized Lego experience at the new Legoland Discovery Center, which opens on March 30. Here key attractions will include a 4D cinema, a dark ride by 3DBA, ETF, Alterface and P&P Projects plus a Zamperla interactive bike ride. In July, a Sea Life aquarium will open at the same venue as part of Merlin’s ongoing US expansion.

Phase two of Luna Park at Coney Island, New York, will open this spring with two new coasters and raft of other high-octane rides from Zamperla, complementing the family-focused selection installed last year. The park’s Scream Zone will include, for example, the Soaring Eagle (Volare) prone-riding coaster, Steeplechase launch coaster, as well as a 300ft Slingshot from Funtime.

There’s a new park for families to enjoy in Illinois. AZoosment Park at Santa’s Village opens in spring 2011 on the site of Santa’s Village in East Dundee, which closed its gates after a 47-year-run in 2006. The new, smaller park, which operated for a few weeks in 2010, includes some of the original Santa’s Village rides, plus animal exhibits and other attractions, including classic rides that once operated at another defunct Chicago-area park, Kiddieland.

New coasters abound across the US, including at Six Flags Magic Mountain, Valencia, California, which aims to reclaim its crown as “coaster capital of the world” with the opening of Green Lantern and two refurbished rides. The first vertical track spinning coaster of its kind in North America, Green Lantern is a ZacSpin ride by Intamin, which also supplied the park’s popular Superman The Escape. The latter will reopen as Superman: Escape from Krypton featuring the same L-shaped track and 100-mph-in-seven-seconds launch, combined with new reversing vehicles. A Vekoma junior coaster that formerly operated as Road Runner Express at the defunct Six Flags New Orleans will open as well, taking Magic Mountain’s coaster count to 18.

At Busch Gardens Tampa Bay, Florida, Cheetah Hunt will be an LSM launch coaster from Intamin subsidiary IntaRide. The ride will launch passengers from 0 to 60mph in a matter of seconds – not once, but three times – and is one of several new additions to SeaWorld Parks & Entertainment properties across the country.

Six Flags Great Adventure, Jackson, New Jersey, will introduce its own Green Lantern ride, a stand-up coaster from Bolliger & Mabillard that formerly operated as Chang at the now defunct Six Flags Kentucky Kingdom. A Maurer Söhne Wild Mouse is being repatriated from the same park to Six Flags New England, Agawam, Massachusetts, where it will become the park’s 10th coaster. Residing in the DC Super Hero Adventures section of the park, it will carry the rather clumsy name of The Gotham City Gauntlet Escape from Arkham Asylum, or Gauntlet for short.

Six Flags Over Georgia, Austell, Georgia, will introduce a Euro-Fighter coaster from Gerstlauer called Dare Devil Dive, the only ride of its kind in the US with a “pause” before the vertical first drop. An interesting ride transformation promises to be Texas Giant at Six Flags Over Texas, Arlington, Texas. Here the Rocky Mountain Construction Group is installing a new type of steel track and steel support structure to the ride’s wooden frame. New trains will be supplied by Gerstlauer, which is also delivering a Compact Euro-Fighter to Canobie Lake Park, Salem, New Hampshire, named Untamed.

This year marks the 10th anniversary of Disney California Adventure, Anaheim, California, where an ongoing expansion continues with the opening this summer of The Little Mermaid: Ariel’s Undersea Adventure, a dark ride-based attraction. Next door, at Disneyland visitors will be able to enjoy a fresh take on Star Tours, now featuring new 3D sequences. The “re-imaginereed” simulator debuts in June, following a May 20 debut at Disney’s Hollywood Studios in Florida.

WindSeeker, a 30-storey-tall tower swing from Mondial, opens at no fewer than four Cedar Fair-operated parks this season including Knott’s Berry Farm, Buena Park, California; Cedar Point, Sandusky, Ohio; Kings Island, near Cincinnati, Ohio; and Canada’s Wonderland, Vaughn, Ontario. Towering high above each park, WindSeeker will spread its metal arms at a 45-degree angle as riders circle the main tower at up to 50 kilometres per hour and 300ft (91-metres) high.

A KMG Fireball (Afterburner) has been installed at Morey’s Piers, Wildwood, New Jersey. The Frisbee-style attraction employs suspended seats and a new style lap bar system to provide passengers with a higher thrill with a more fluid movement along with the sway of the ride. Martin’s Fantasy Island, Grand Island, New York, will add a Loop Fighter pendulum ride with flipping gondolas from Technical Park for the 2011 season. 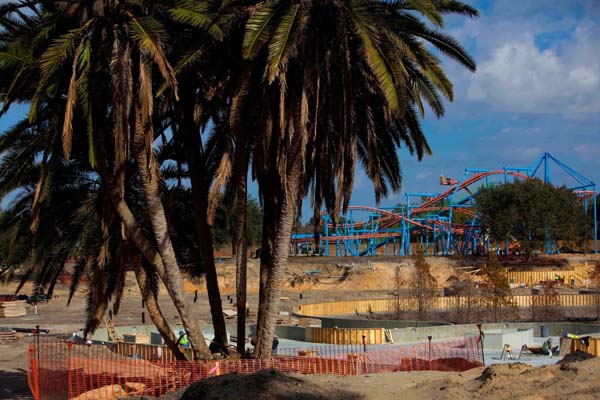 Worlds of Fun, Missouri, Dorney Park, Pennsylvania, and Valleyfair, Minnesota – all operated by Cedar Fair – are each expanding and renaming their children’s areas as Planet Snoopy. Zamperla will supply up to six new rides per park, others will be refurbished, while Worlds of Fun will take delivery of the c.1926 carousel from the now-closed Geauga Lake.

Numerous waterparks across North America are adding new rides, slides and attractions for 2011. Just one year after opening, Calypso Theme Waterpark in Ontario – Canada’s largest themed waterpark – will add a new aquatic complex featuring 10 new waterslides from WhiteWater. The construction of this major aquatic complex, which will open in the summer, represents a $5 million investment for operator Groupe Village Vacances Valcartier.

Legoland Water Park at Legoland California Resort, which also debuted in 2010, is expanding with the addition of Splash Zoo. This brand new area for toddlers, located next to Duplo Splash Safari and Kid Creek, will feature giant Duplo Zoo animals, interactive spray pads, fountains and a teeter totter (see saw), all geared at guests aged 1 to 3 years.

WildWater Adventure Waterpark at Michigan’s Adventure Amusement Park will introduce Beach Party, a giant interactive water play attraction from WhiteWater featuring the first-of-its-kind giant geyser, which blasts water over 90ft in the air. Interactive water play is also the order of the day at Beech Bend, Kentucky, which is adding Tiki Island, a four-storey tower FunWorks featuring seven slides, a giant tipping bucket and a tropical theme, as well as new changing rooms.

SeaWorld Parks & Entertainment will unveil 10 new attractions across the US this season. Opening at the three SeaWorld parks in Orlando (Florida), San Diego (California) and San Antonio (Texas) is a new killer whale show called One Ocean. At the core of the show is the unifying theme that both animals and humans are part of one world. Rather than sharing the water with the whales, however, the human performers will appear on platforms, following the death of a trainer last year at SeaWorld Orlando.

At Sesame Place, Langhorne, Pennsylvania, the Neighborhood Street Party parade will allow guests to experience an energetic parade with all their Sesame Street friends. The park’s newest ride, Elmo’s Cloud Chaser by Zamperla, invites families to join Elmo up into the sky where the clouds are as close as their imagination.

Pictured below: BomBora at the Lagoon in Utah 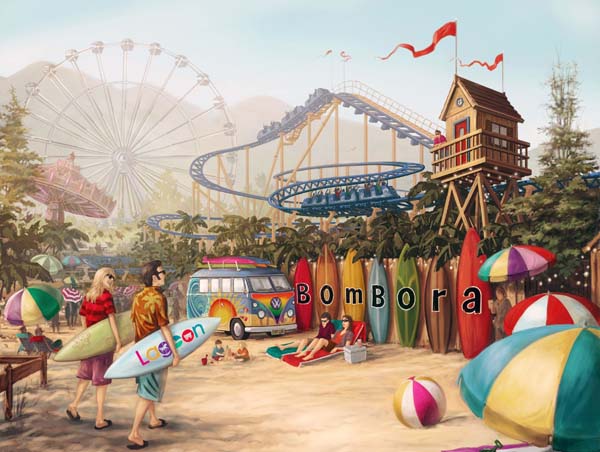