Seabreeze – a shining example of survival

In 1879, on the shores of Lake Ontario, a small lakeside trolley park opened offering picnic groves, band concerts and a hotel. Today Seabreeze is North America’s fourth oldest amusement park. Why did it survive? How did it survive? Gary Kyriazi goes to find out. 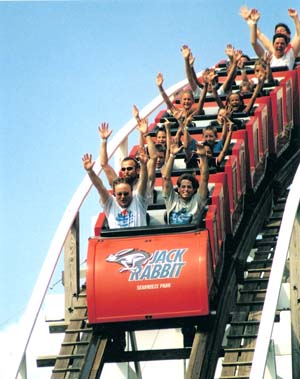 Located in a district known as Sea Breeze, just north of the city of Rochester, New York, Seabreeze is the world’s twelfth oldest amusement park, still entertaining guests after well over 100 years.

“Reinvention is the only way to go,” declares Rob Norris, park president and fifth generation of the family which became involved with Seabreeze in 1904. “It never ends,” he adds emphatically.

And reinvent itself it has. Over the years, many attractions have appeared at this popular amusement outlet and extra space has been added, primarily to provide additional parking. Like many of today’s parks, Seabreeze is two parks in one. Guests can enjoy both the rides of Seabreeze and the waterslides of Raging Rivers waterpark for a single price.

Visitors to the ride park will find it has a turn-of-the-century feel to it, with Victorian buildings, soft colours and traditional floral landscaping. The waterpark has a contrasting modern look with white structural steel, seashore landscaping and contemporary graphics.

The family’s genesis in the amusement industry were brothers Edward F Long and Fielding Long, who began building carousels in England back in 1876, and later operating them. If the heart of the outdoor amusement industry is one of families entertaining families, then it is personified by the legacy of the Long family.

Seeking new opportunities throughout the northeast United States, the Longs entered the American amusement business by assembling and building carousels in Philadelphia in the late 1890s. One of the places they settled was in Rochester, where Arthur Long operated a carousel on Ontario Beach from 1892 to 1907. George Long Snr, Arthur’s brother, worked there before operating his own carousel at Cape May, New Jersey, in 1899 and 1900. In 1901 he moved the ride to Burlington Island, near Philadelphia, where it operated for two years. In 1903, George relocated to Norfolk, Virginia, but his ride wasn’t doing very well there when Arthur wrote to him about opportunities at Seabreeze. In 1904 they brought one of their carousels to Seabreeze to operate as a concession.

“Only the Trimper family of Ocean City, Maryland, has been associated longer with a park. They lived in the carousel’s back room during the summer, and with their families in Philadelphia during the winter. But Edward’s 12-year-old grandson, George W Long Jnr, fell in love with Seabreeze, and with Rochester, and dedicated his life to both. 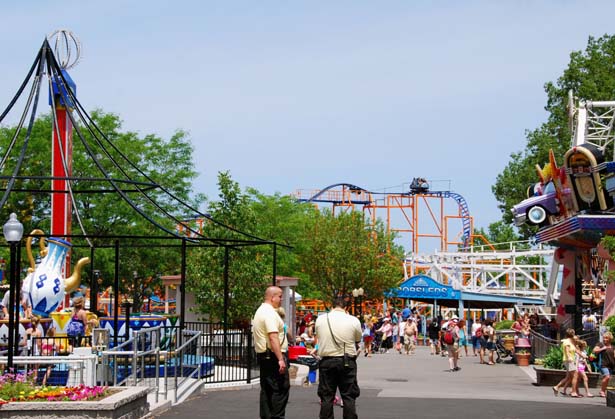 Seabreeze’s evolution from picnic grounds to amusement park mirrors that of America’s other trolley parks: a steam-driven carousel in 1883, a switchback rollercoaster in 1887, a Figure Eight rollercoaster in 1903, the Long brothers’ carousel in 1904. Along came a Giant Circle Swing in 1908, the Laughing Mirror Gallery in 1914 and a succession of “modern” rollercoasters with the Dips in 1916 (renamed the Greyhound a few years later and which ran until 1933), and in 1920, Seabreeze’s surviving coaster, the superb Jack Rabbit, featuring John Miller’s signature use of gullies and ravines.

By the time the Jack Rabbit debuted, George W Long Jnr, the amusement industry running through his veins, was aggressively managing the park. He had replaced the old Figure Eight coaster with the Virginia Reel in 1921, and was there when a dance hall was erected in 1924 and a year later the Natatorium, a large outdoor salt-water swimming pool. In 1926 Philidelphia Toboggan Coasters (PTC) built what would be, in its time, the park’s tallest rollercoaster, the 93-feet-tall Wildcat, which was subsequently dismantled in 1935. In 1937, Long began renting Seabreeze from the trolley company that still owned it, until he finally purchased the entire park in 1946 for $85,000 and renamed it Dreamland Park.

“My grandfather was in love with the park,” George W Long’s grandson Rob Norris recalls today. “He was hard-working, dedicated, driven, and he believed in the value of hard work. As such he closely supervised every aspect of the park, and it was his passion and scrutiny that drove Seabreeze’s growth after he bought it.”

So driven, and aided by his daughters Lois and Betty, and their husbands Merrick Price and Bob Norris, George Long proceeded through the 1950s with a wooden Junior Coaster, a Fun House, a dark ride, train ride and the Over The Falls water chutes in 1958. 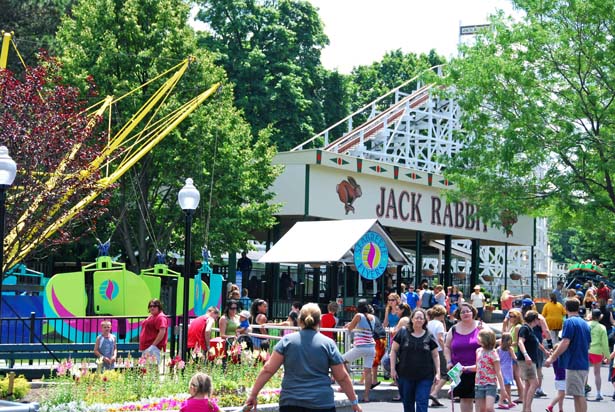 In George Long’s drive and dedication to detail, one recalls a Walt Disney type of passion, and in fact, Disney did have an unknowing influence in the creation of what is Seabreeze’s most unique ride. George Long visited Disneyland many times, and he loved its 1959 Matterhorn Bobsleds. As he met the change of public tastes in the 1960s, Long converted the wooden tracks of his Junior Coaster to tubular steel tracks, added bobsled-styled cars, and opened his Bobsleds in 1961. To this day, it’s one of Seabreeze’s most popular rides.

In 1973, at the age of 81, George Long was ready to retire and considered selling his beloved park for a condominium development; Seabreeze could have become yet another statistic in the history of America’s great traditional trolley/amusement parks. But his grandchildren, Anne, John, George and Rob Norris, who later were joined by their cousin Suzy (Price) Hofsass, decided to revitalise the park and devote themselves to the industry that they had grown to love.

“My grandfather would take my brother George and me around the country to visit the other parks,” Rob recalls. “It enabled us to see the amusement industry in its entirety, and we became hooked.” Also, their grandfather’s work ethic and attention to details had affected his family. “His legacy, I believe, is the reason that Seabreeze has survived.”

One of the first changes that the new regime made was to officially change the park’s name from Dreamland Park back to Seabreeze. After all, that was how the locals referred to it anyway. But the more worrisome change they instituted was to put up a gate and charge admission. “We were concerned about that one,” Rob Norris concedes, “but it needed to be done. The industry had evolved from ‘amusement’ parks into the ‘theme’ parks, pay-one-price policies had been instituted, and we just couldn’t operate profitably with an open gate. Yes, there was some minor backlash, but we’ve been fortunate to have a loyal following, and they stayed with us.”

Continual free parking, letting people bring in their own food and offering a cheaper Spectator Pass for non-riders have helped maintain and build Seabreeze’s attendance. 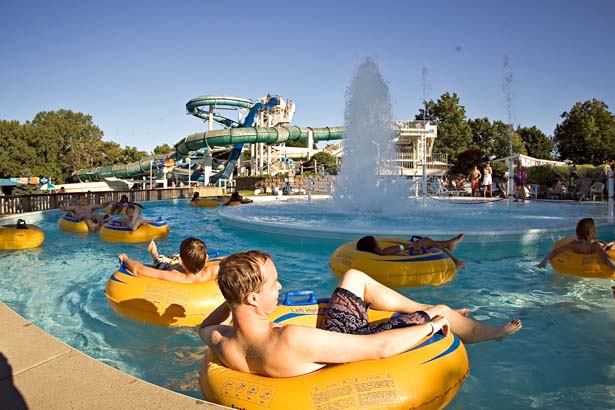 “Yes, we have the parents and grandparents, and great grandparents, who have loved the park all their lives and who still want to visit along with their children. We consider ourselves a family park.”

As a result, Seabreeze has flourished. Construction of the waterpark, which opened in 1990, has been wildly popular. Introduction of compelling new attractions such as the Revolution 360º from Zamperla, a Moser Spring Ride, a Whirlwind spinning coaster from Maurer Söhne, a Bertazzon Musik Express, and this year’s Twirling Tea Cups by Zamperla brings guests back year after year. Today’s Seabreeze is a clean, modern, beautiful park, with a strong regional following within a 120-mile radius. It’s a shining example of survival in a very challenging industry. In fact, today Seabreeze not only survives – it thrives. The park continues to grow every year, and had its best season ever in 2010.

“We usually add something every other year.” Norris allows. “We are careful, and if we hit a soft time, we just tighten up and keep moving. We’re caretakers of this institution that is Seabreeze, and we have to do it right. We keep it valid, and we keep it fresh.”

The park remains fresh and valid after 133 successful years in business, and the Seabreeze family looks forward to many more years of family fun.

Gary Kyriazi is the author of The Great American Amusement Parks and the writer/producer of America Screams, the first pictorial history and television documentary about American amusement parks. He has been a researcher and historian on amusement parks for 40 years. 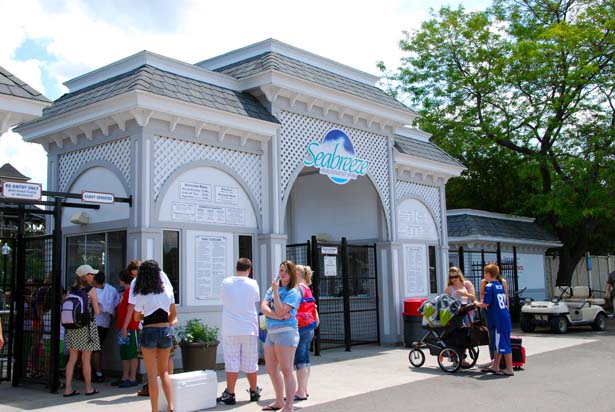 Seabreeze remains a family business,  with the fifth and sixth generation now at the helm. Here are the key family members keeping the fun alive:

Alex and Jack Norris – John’s children, currently in school. Work at the park during the summer.

Aaron and Kyle Hofsass – Suzy’s children, currently in school. Work at the park during the summer. 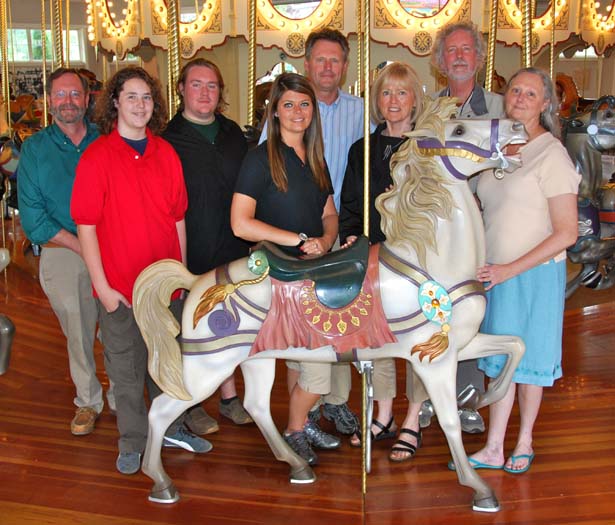