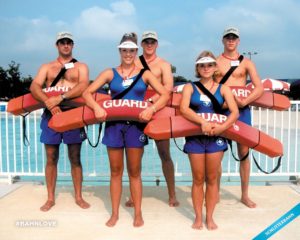 Schlitterbahn is seeking out all former members of the Bahn staff family to help celebrate the park’s 40th anniversary in 2019. Everyone from lifeguards to housekeepers, accountants to Dippin’ Dot scoopers, grounds crew to glitter tattoo artists – all far-flung Schlitterbahn staff alumni from every park are invited to sign up on a special site at SchlitterbahnAlumni.com to be kept informed of plans.

Schlitterbahn has grown into the world’s favourite waterparks and resorts brand, operating in five cities with more than 500 resort rooms, eight miles of rivers and enough tubes to build a castle a German prince would be proud of. Over the decades, Schlitterbahn has hired tens of thousands of people, all of whom served an integral part of the company’s success. While rivers and rides are core to Schlitterbahn, it’s the people who have delivered the experience that are most often remembered by fans. Plans for the park’s 40th anniversary will include a number of special events, contests, and giveaways for staff, alumni, and fans.

Visitor numbers at an all time high for Europa-Park