A mix of established operators, newcomers, suppliers and consultants converged for the event at the Magic Circle Headquarters on May 6. Packed with magical artefacts, themed corridors and other curiosities, the venue was almost as intriguing as some of the delegate’s own attractions.

Organised by Michael Bolton and colleagues from Scare Attractions UK, this was the third edition of ScareCON, and the first in London. In this short amount of time, haunted attractions in the UK and beyond have grown in quantity, variety and attendance. There’s still a long way to go before the industry in Europe rivals that in the USA, but certainly the organisers of ScareCON are on to something.

“A lot can be traced back to 2002 when Tussauds [now Merlin] did some big productions at Alton Towers and Thorpe Park,” notes Bolton. “A few places did Halloween before that but it was only when big parks embraced it that things really took off. Now there are more and more events each year at all sorts of venues, from farms to National Trust properties.”

Elsewhere in Europe, where Halloween is “celebrated” less, the big theme parks have also been instrumental in stimulating the market: “Marc Terenzi exported the idea from the States to Europa-Park, Movie Park has a good Halloween event and now other are becoming interested across Germany,” adds Bolton. “Spain has always been quite big because that’s where Pasaje del Terror originated, and Halloween is now very big at Port Aventura. It has still to catch on in places like France though.”

The Haunted Attractions UK website lists well 100 attractions in the UK alone, compared with just five when the site started as many years ago. Despite new openings in recent years including the London Bridge Experience, Pasaje del Terror (also in London) and Alien Wars in Glasgow, most are still seasonal events.

“As much as we love running attractions, I also enjoy scaring people,” reveals Wayne Davis of Scare Attractions UK, who got his hands bloody last Halloween as one of the actors at Frightmare in Gloucestershire, England. “I am not sure I could take part to the same extent if we did it year round.”

“Some places just don’t have the right footfall to make it pay 12 months a year,” highlights Bolton, “however I think the short term nature of many events helps their popularity. It’s also much easier to get people in the right frame of mind around Halloween when the nights are dark and long.”

An alternative model is that employed by young showman Joe Gray, who tours fairs and festivals throughout the UK with a walk-through show called Fear. Many of the effects inside were built by its owner, who was exhibiting in the bar area at ScareCON under the banner of Darkride Productions. “We’ve been doing this for about four years,” Gray told Park World, “but it’s only really in the last year or so we’ve started making more advanced moving figures.”

Among a handful of other exhibits, ex-Thorpe Park employees Lewis Cox and Adam Slevin were marketing their bespoke audiovisual services to attraction operators. “Music and audio effects really add drama to the experience,” notes Slevin.

The day’s seminar programme kicked of with a workshop session on characterisation by Porl Matthews of Sweet Dreams Theatre and the Fear Academy. Assisted by his macabre and sarcastic companion Esmeralda, Matthews stressed the importance of developing a back-story and keeping in character in order to provide an authentic guest experience.

In a session on improving the guest experience, Stuart Beare of Tulleys Farm revealed how he had overcome capacity problems and developed what started as a single haunted hayride into a “scream park” with five haunted houses.

“Darkness is our friend,” noted former TEA president Nick Farmer of Farmer Attraction Development. Highlighting a series of “cheap and cheerful” effects, he added that big budgets do not always provide the best experience. Indeed, some big theme park productions suffer because sheer throughput limits the scope of the show.

A highlight of the day for many ScareCON delegates was the keynote address from Lynton V Harris of Sudden Impact Entertainment. After success with Madison Scare Garden in New York, Harris was instrumental in kick-starting the scare attractions industry in the UK by developing a number of landmark productions for the Tussauds Group at the start of the 21st Century.

Jetting in from Australia to share his experiences with next generation of attraction operators, he highlighted, “We are an entertainment company, not a scare company. Laughter is the number one emotion in a scare attraction.”

The key to provoking the right reactions from guests, believes Harris, is the ability to scare them even with the lights on: “If you can’t scare in daylight, you can’t scare in the dark. You may get a lucky scare, but we need to deliver consistent scare.” 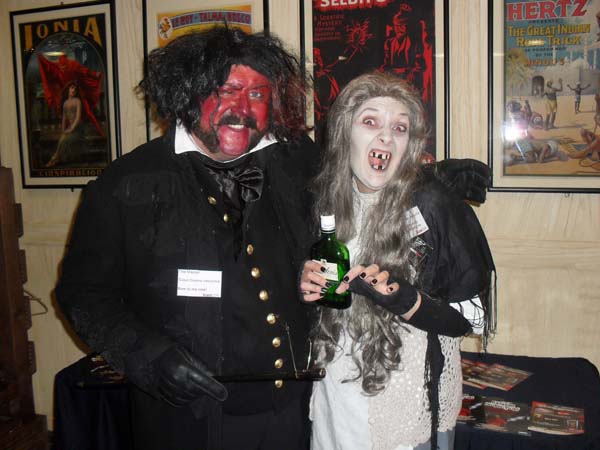 Operators should, however, resist pandering to actors’ artistic temperaments, warned Harris in typically forthright Aussie style. The Sudden Impact CEO was later recognised by Haunted Attractions UK for his outstanding contribution to the industry during the third annual Screamie Awards (see below).

The programme closed with a preview of Scream Zone, an independent movie filmed inside a haunted house at Universal Orlando by director Jon Binkowski. Delegates were then free to take a haunted bus tour or visit attractions including Masks and Pasaje del Terror, venue for the official after show party.

ScareCON will return in spring 2010, with a smaller get-together planned at LIW in Birmingham this September.

Presented during ScareCON, the Screamie Awards were voted for by visitors to www.haunted.atttractions.co.uk. Here’s the run down of winners for 2009/10:

Best Seasonal Attraction or Maze: Terror of the Towers at Alton Towers 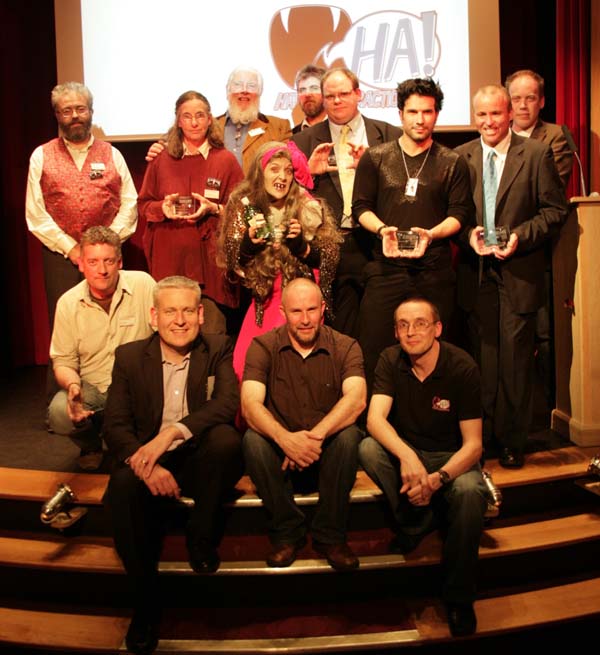