Fear on the farm

Scare Kingdom scream park is the latest concept from the UK’s AtmosFEAR! Scare Attractions. Here creator Jason Karl explains how he has capitalised on the British public’s growing appetite for Halloween …and left them screaming for more.

I have worked in the scare entertainment industry, theatre and television since the 1990s, and was once a scare actor myself at various theme parks. My partner in AtmosFEAR! Scare Attractions is Paul Howse. About 10 years ago we realised that although the industry in America is huge and makes a lot of money, no one was doing it in the UK, so decided to introduce the concept to British audiences.

We started small, doing one-off attractions for various companies. Once we’d created a reputation people began approaching us to do more, and we realised this was something we really wanted to get into. Paul is a technical manager of theatre and my background is in performance, so together we have the skills to make it work.

We approached several farms and chose this one primarily because of its location: it’s on a busy road with 20,000 cars passing every day, and it’s just minutes from the M6 motorway. Luckily the Dowson family, who own the farm, wanted to diversify into “agutainment” and have been very supportive.

In 2008 we did Hex in the Harvest, a 6-acre cornfield attraction. The problem with that of course is the weather, but it worked and it proved that there is a market for that kind of attraction. This year we added Blood Bath, a more intense walk-though attraction, and a daytime attraction for the kids called Hubble Bubble. We sold out every night!

We take pre-bookings via the internet with timed entry, which helps us anticipate demand and manage throughput. Inevitably a few people do turn up on the night without booking, and we had a few issues with queuing on Bonfire Night (November 5), but we sorted it out and everything else ran according to plan.

We put a lot of humour and laughter into our attractions, they are not just about making you scream. We take you on an emotional and psychological journey from laughing one minute to being very scared the next and then laughing again. At the end, you’ll hear people say, “Thank goodness it’s over …but I enjoyed it!”

We’ve never had a problem recruiting actors. It’s only for a couple of weeks a year, it’s a laugh and the people are paid a decent amount of money for what they do. There were 38 performers this year and many of them have worked in other attractions including Pasaje del Terror, the York Dungeon and Ghosts Alive at Warwick Castle. We find that once people have done a bit of scare acting they want to do it again. Once the scripts have been developed we allow room for them to ad lib and put a bit of themselves into it.

This industry is very cost effective if you are clever about it. If you have the right skills you can set up a scare attraction relatively cheaply. We’ve never needed a loan for example, and we’ve always broken even or made money from the very beginning.

I think two things instigated the birth of the scare attractions industry in the UK. One is television, because there are a lot of ghost shows on TV, but the main thing that led to the success of Halloween was Wal-Mart buying [supermarket chain] ASDA. Wal-Mart basically exported Halloween to the UK and it’s now normal to celebrate Halloween not just for one night but for all of October. It’s enjoyed by a wide demographic and it’s worth a lot of money, second only to Christmas. 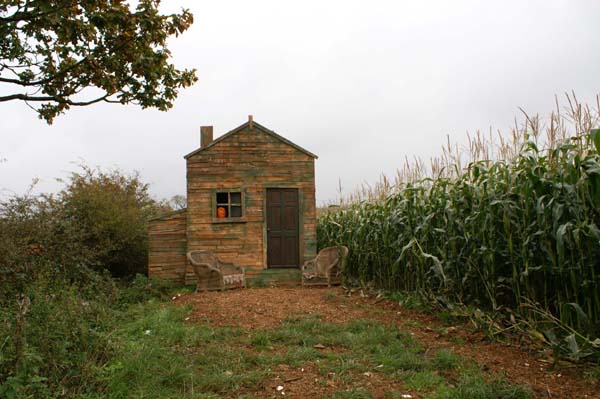 People have approached us about developing a year-round attraction but it’s not something we want to do at the moment because I think it would become stale very quickly. The idea is to build Scare Kingdom as a seasonal attraction, adding new features each year. Other attractions do the same things from year to year; maybe they change a scene or the actors are new, but that’s it.

One of the things we launched last year so as not to be so seasonal was street theatre, hiring out have spooky characters for parties and promotions. At the moment we are supplying some scary pirates for a promotion with the West Cornwall Pasty Company. Little projects like this bring in revenue throughout the year. We also designed a scare experience for a permanent attraction in Newquay called Buccaneer Bay, as well as another seasonal attraction called Vampire Vaults in Liverpool.

We now plan to develop Scare Kingdom as a brand. This October we will add an indoor attraction called Terror Tomb, similar to Blood Bath but set inside a pyramid. We’ll also have a cornfield attraction called Unhallowed Hill, based around a deserted graveyard, plus a haunted hay ride and coffin simulator.

The fright is right

Amid the ruins of Strangleweed Hollow, guests could explore a mist-covered cornfield inhabited by macabre characters from the Wild West in Dead Alive. The 8-acre adventure began inside at Mother Strange’s decaying farmhouse  and culminated with a chase sequence featuring the Pumpkin Man.

An altogether friendlier experience was provided in Hubble Bubble. The 45-minute theatrical production allowed younger visitors to meet friendly witches and ghosts and enjoy fun challenges. A firework finale brought the Halloween season to a close on November 5.

Scare Kingdom will return in October 2010, dates to be announced. 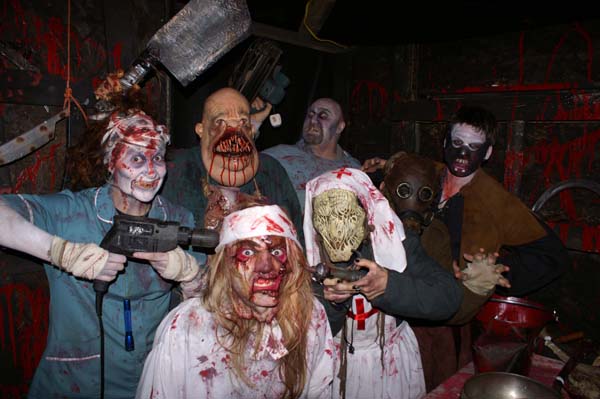