Rollercoaster riding for all! 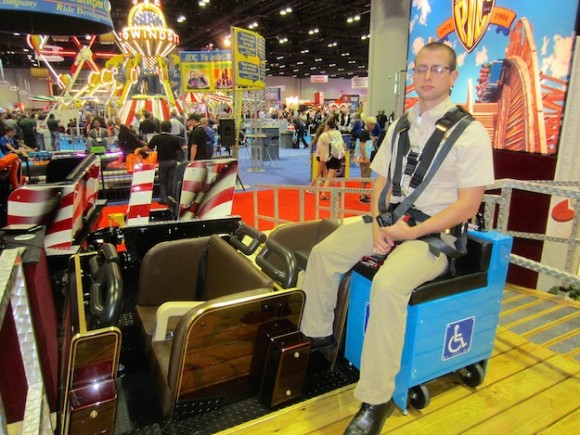 Philadelphia Toboggan Coasters has introduced a special device that allows those with physical disabilities to smoothly board a rollercoaster train.

The PTCI ADA amusement transfer accessibility device allows park guests to board a coaster train under their own power and ensure they remain secured and upright as the ride goes through its paces. 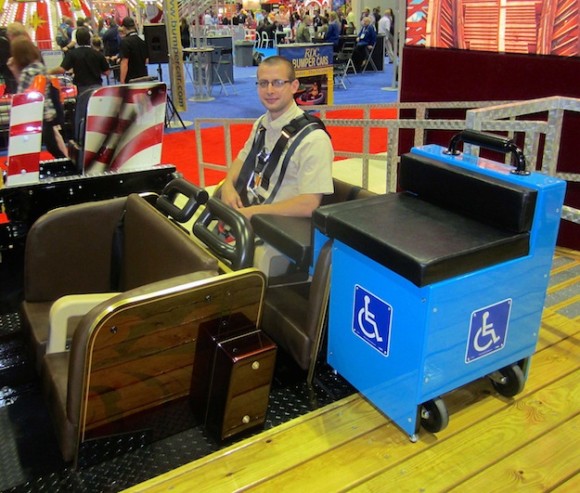 The American company has also released a new train called the PTCI-360º, with each articulated section made up of single rather than double rows of seats, as once the widely used on wooden coasters of the “Golden Age.” The PTCI-360º features a four-wheeled pilot car with a divided body that can lead up to 11 single two-passenger coaches. It can operate on virtually any wooden coaster track configuration including those with complete 360-degree inversions. 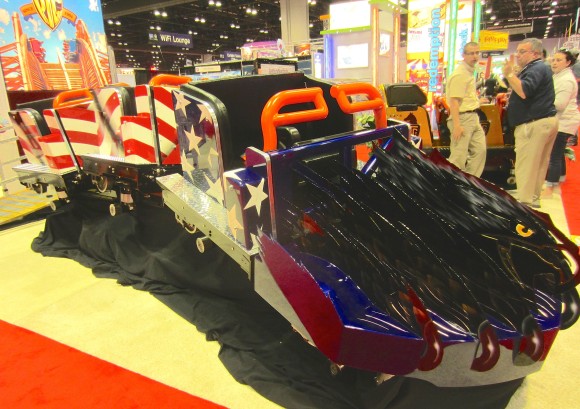 Shredder rips up Mall of America