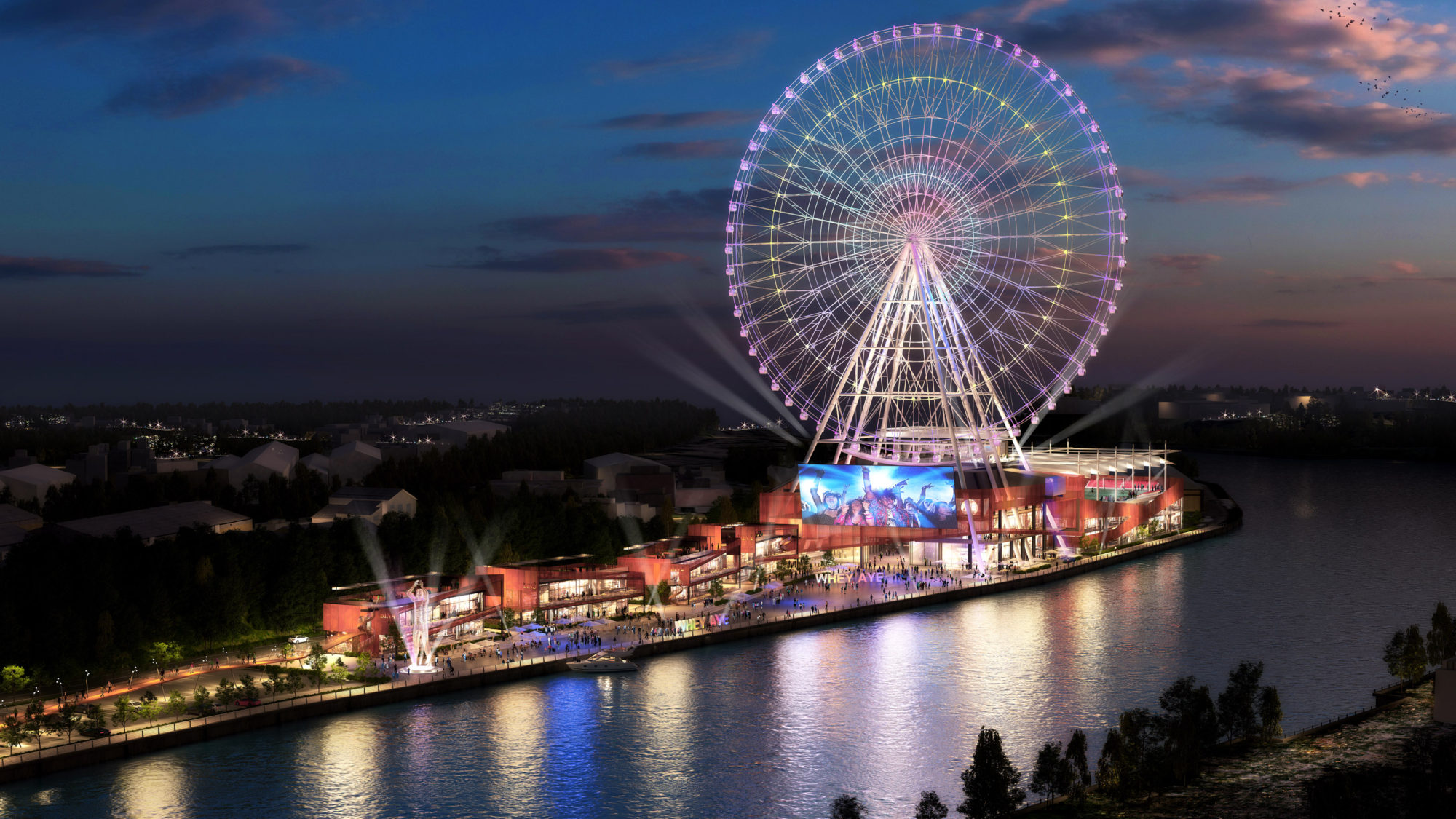 Vision revealed: The Whey Aye and Giants on the Quayside development (artist’s impression pictured) will help deliver one of Europe’s best waterfront experiences

World Wheel Company has released a sneak peek of Europe’s tallest observation wheel – ‘The Whey Aye’, named for its home in Newcastle.

The wheel stands at nearly 460ft, 16ft taller than the London Eye, and it is estimated the project will see around £100m invested in the city and up to 550 jobs created.

The computer-generated images show elevations of The Whey Aye and the rest of the ‘Giants on the Quayside’ development, including The Geordie Giant, a 39ft tall steel structure, and a new destination food and beverage experience for Newcastle called The Giant’s Quay.

In addition, the development will feature a family entertainment centre filled with trampolines, climbing walls, a skywalk and separate café. The ‘Giant Sport Deck’ will comprise a multi-purpose play and sports complex, with covered five-a-side pitches and tennis courts available for public hire, as well as a state-of-the-art virtual golf club called The Quayside Golf Club. Its clubhouse bar will offer food and beverages before golfers can play some of the world’s most famous courses in private, best-in-class simulator experiences. 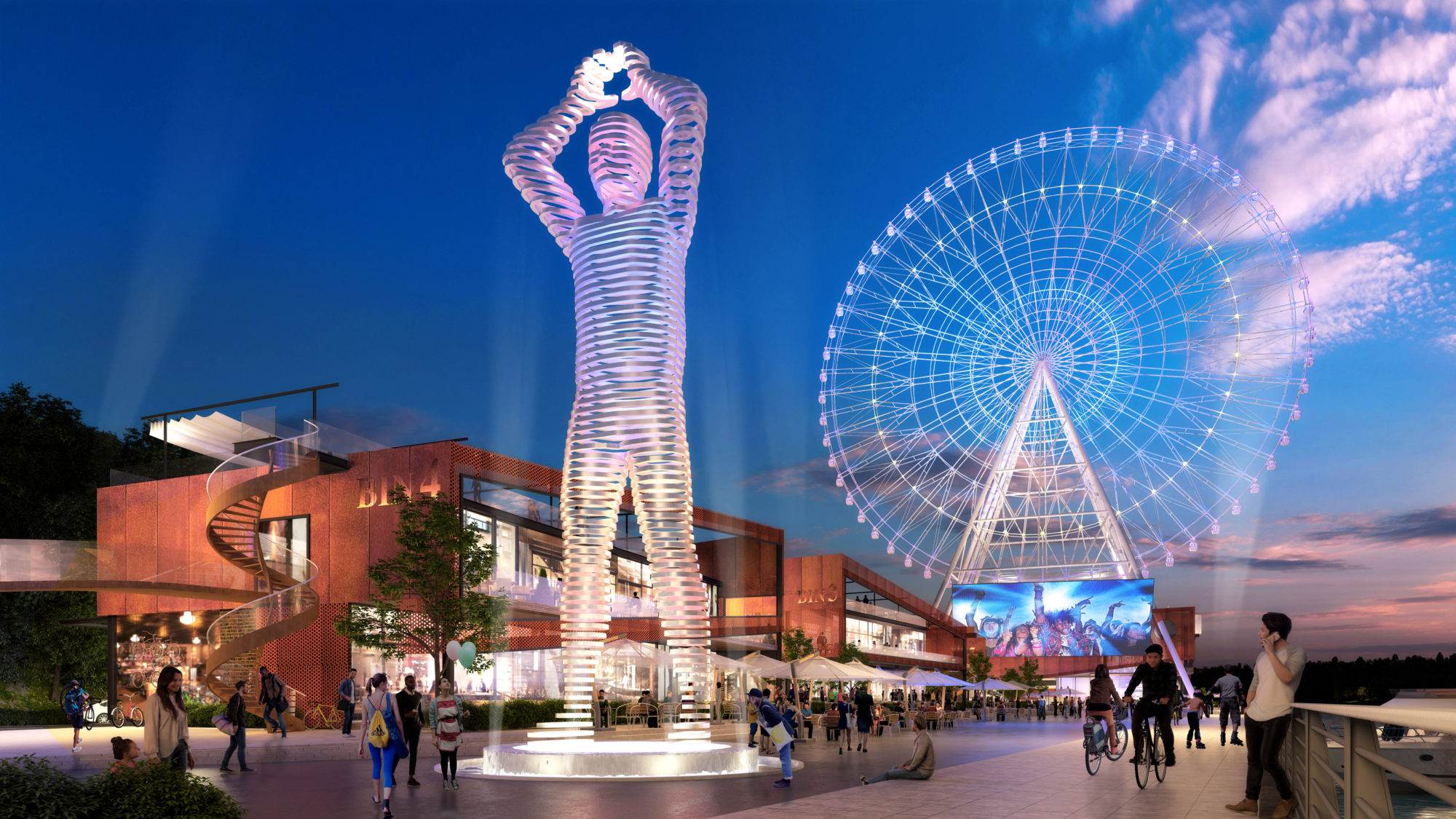 Giant welcome: The Geordie Giant (artist’s impression pictured) will greet visitors to The Whey Aye and Giants on the Quayside development

Phase one of the development will include an 700 sq m LED digital screen on the facade of the visitor centre, at the base of The Whey Aye, which will be used to communicate information about local culture and events as well as social media content and advertising. Phase two, subject to a media licence, will see a world-record breaking 10,000 sq m LED digital screen added to the wheel.

The development will cover 32,000 sq m in total and, according to World Wheel Company, will only take 18 to 24 months to build. A detailed planning application relating to the observation wheel and the Giants on the Quayside development is due to be submitted to Newcastle City Council by the developer later this year.

“It gives us great pleasure to reveal these images and further details of the development to give people a deeper understanding of our vision for The Whey Aye and the Giants on the Quayside development. We have had an overwhelmingly positive response to our plans so far and hope this latest announcement will whet people’s appetites even further. We are proposing a £100m regeneration and inward investment project that will create local jobs and ongoing revenue for the regional economy.”

“Our development will complement Newcastle’s global reputation as a vibrant, progressive, welcoming city and help deliver one of Europe’s best waterfront experiences. We look forward to presenting our full proposals to Newcastle City Council later this year.” 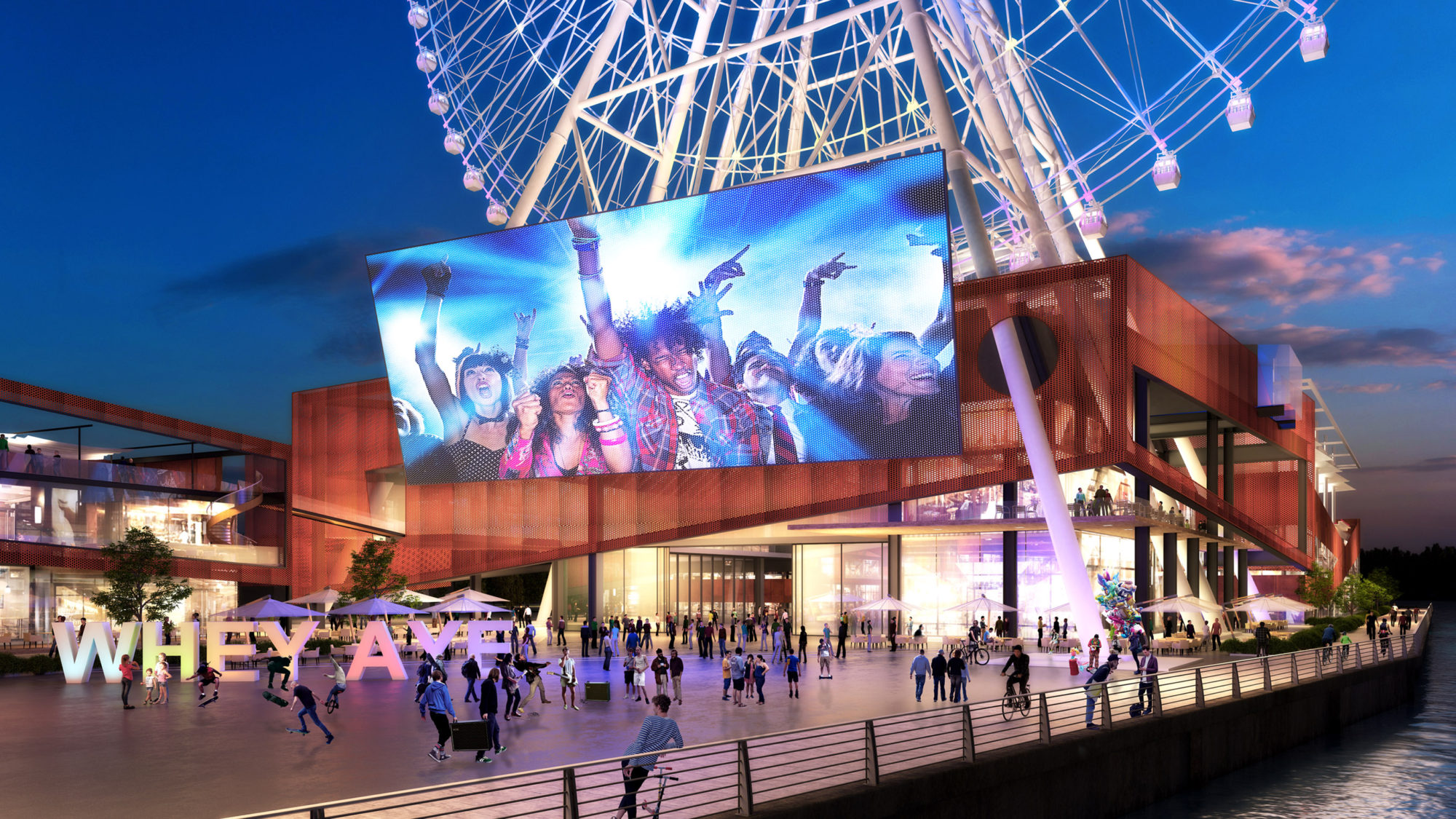 Centre of attention: A visitor centre and LED screen at the base of The Whey Aye (artist’s impression pictured) will provide information and entertainment for all