The latest extreme attraction from the Austrian ride manufacturer Funtime was unveiled this July in Düsseldorf.

Presented by showman Michael Goetzke, the Rocket was one of the headline attractions at the German city’s annual summer funfair on the banks of the River Rhine.

The Goetzke family already travels two Funtime Star Flyers, and Rocket adopts a very similar format. Instead of seats suspended by chains, the 55-metre-high ride boasts five six-seater planes that rotate around their own axis according to the ride operator’s wishes. This gives the ride more of a thrill factor than the Star Flyer, which despite its height is viewed by some as a family ride.

Funtime first used such a vehicle on a larger, single car Rocket ride at Divo-Ostrov park in St Petersburg, Russia. Goetzke’s Rocket will go onto to appear at a number of other major German fairs, including a appearance at Munch Oktoberfest. 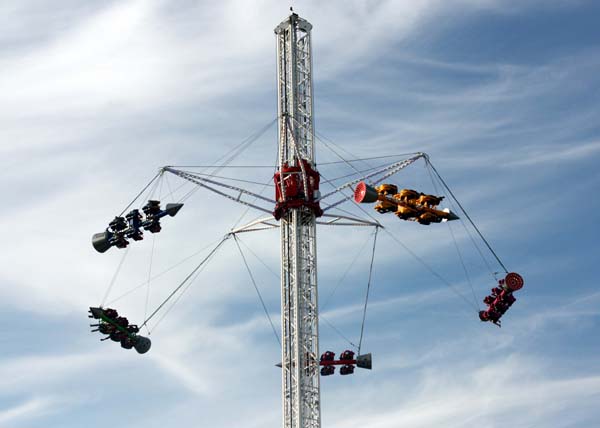