After a prolonged series of setbacks, Europe’s fastest rollercoaster has finally opened to the general public at the Nürburgring in Germany.

Ring°Racer wwas officially opened on 31 October – more than four years after the launch of the Ring°Werk entertainment centre that it anchors. Since Michael Schumacher took a ceremonial ride on the coaster during the 2009 German Grand Prix, the only chance most Nürburgring visitors have had to reach the high speeds provided by Ring°Racer is by bringing their own car and taking it for a spin on the famed 21km (13m) circuit, as amateurs are allowed on selected dates throughout the year. 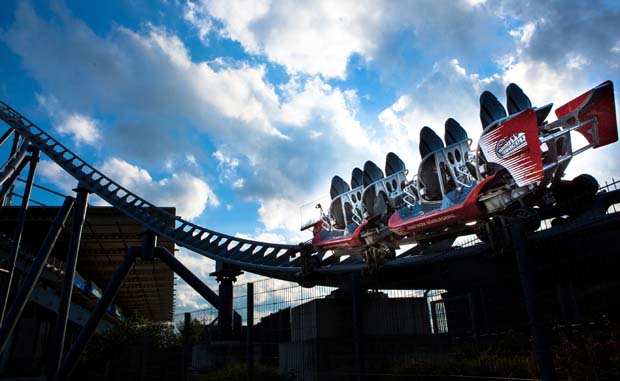 Thrill-seekers preferring an adrenaline-filled ride but without the potential risks involved with taking to the Nürburgring’s notoriously challenging contours, have had to wait. When Ring°Racer was unveiled in 2009, the promise was that the coaster would eventually be the fastest in the world. That record was taken in October 2010 by 240km/h (149mph) Formula Rossa at Ferrari World Abu Dhabi, and has yet to be beaten. Riders on Ring°Racer, by S&S Worldwide, will now have to settle for 160km/h (100mph), making it Europe’s fastest rollercoaster. 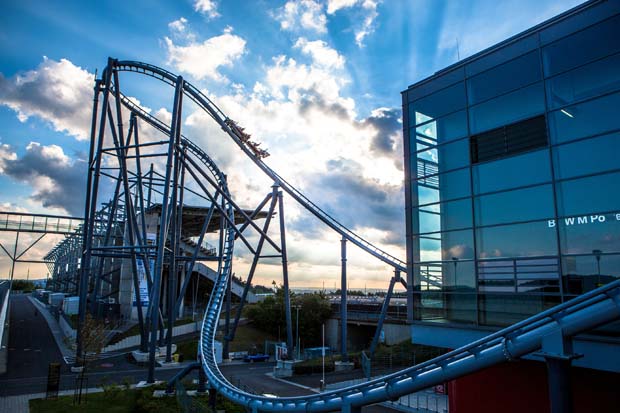 “S&S congratulates the Nürburgring on the successful opening of Ring Racer, and we are delighted that the coaster is providing a fabulous ride experience to the racetrack’s visitors,” notes S&S Worldwide president and CEO Rich Allen. “The ride marks the sixth S&S launched coaster around the globe.”

“I am pleased that we have managed after intensive efforts to put the ring°racer into operation with regulatory approval,” adds Nürburgring redevelopment manager Dr Thomas B Schmidt. “The Nürburgring is now richer by another interesting attraction.” 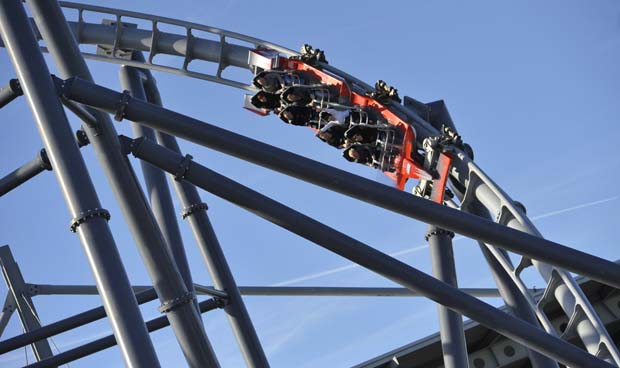 Using S&S’ patented pneumatic launch technology, Ring°Racer promises an exciting 1.2km-long ride as it propels passengers out of the Ring°Werk building, running parallel to the start and finish of the Nürburgring Grand Prix track. Going from 0 to 160km/h in approximately two seconds, the acceleration is faster than a Formula 1 racing car. 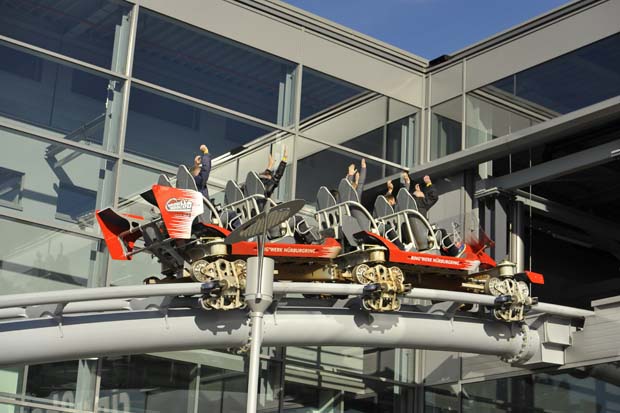 The ride’s tallest point is 37.5m (123ft). To ensure it moves around the track efficiently, the coaster train consists of just two cars, each with four seats. The experience lasts one minute and 20 seconds, or around three minutes with loading/unloading. Guests must be at least 1.4m-high to ride. 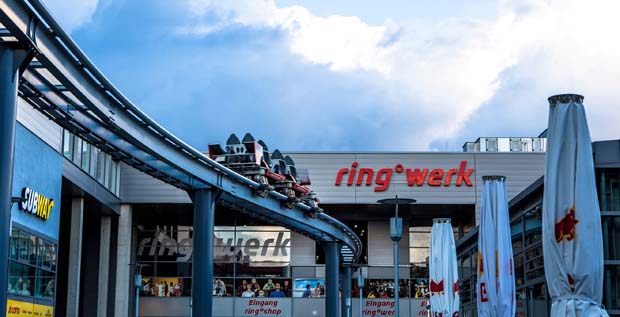 After troubled times in publc ownership, the entire Nürburgring property is now up for sale, including Ring°Werk and various other leisure, business and hotel facilities. So, if you want to own Europe’s fastest rollercoaster, together with one of the world’s most individual Formula 1 racetracks, contact the administrator Jens Lieser. In the meantime, Lieser cites the opening of Ring°Racer as “a new start at the Nürburgring”. 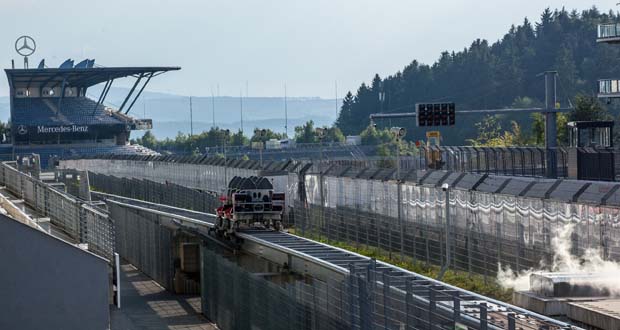