Ride the ride, read the comic!

Gardaland has given one of its major rides a new life as a web comic.

Raptor Genetix is the name of the comic strip dedicated the Italian park’s B&M Wing Coaster, Raptor. Since the launch of the first comic in May (five episodes are now available online), over 16,000 fans have followed the adventures of the courageous Colonel Raymond Schwartz and his encounters with Raptor, a fearsome winged creature reawakened from its ancient sleep in the subsoil of Gardaland.

The story was created by comic artist Fabrizio de Fabritiis, completely for free, thanks to his love of Italy’s only winged rollercoaster. Each episode is available together with a compelling soundtrack in either Italian or English and can be viewed on iPhone, iPad or a standard web browser. See them for yourself at gardalandraptor.it/fumetto or on the park’s Facebook and YouTube channels. 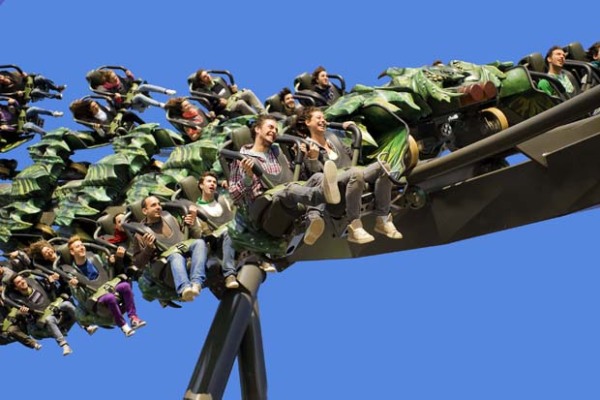 Above: Raptor the ride