Described as the most difficult and complex attraction ever installed at the Stockholm city park, Twister will be the first wooden coaster at Gröna Lund in over 45 years when it opens next season.

Developed with The Gravity Group, the ride will be seventh rollercoaster at this, Sweden’s oldest amusement park. Extremely compact, it will nevertheless be a thrilling ride, featuring two ergonomic 12-seater trains. The coaster’s 15-metre-tall first drop and camelback hill will be visible from across the waterways of Stockholm, redefining the skyline of the park. In total the ride will feature 480-metres of track, and teach top speeds of 61km/h.

Care has been taken to create a ride that adds to the charm of Gröna Lund without taking up much space at this tightly-packed city park. Also planned for 2011 is a remake of the classic ghost train “Blå Tåget,” which Twister will travel over the top of, as well as over and under the Jetline and Kvasten steel coasters.

“Twister breaks new ground for wooden rollercoasters and is the perfect addition to our fantastic park,” says Gröna Lund ride manager, Peter Osbeck. “Thanks to its unique yet classic design and state of the art custom made trains, it will appeal to coaster lovers of all ages, both thrill seekers and families.”

Construction on the wooden coaster was due to begin on August 9 and is estimated for completion just in time for the season start in May 2011. 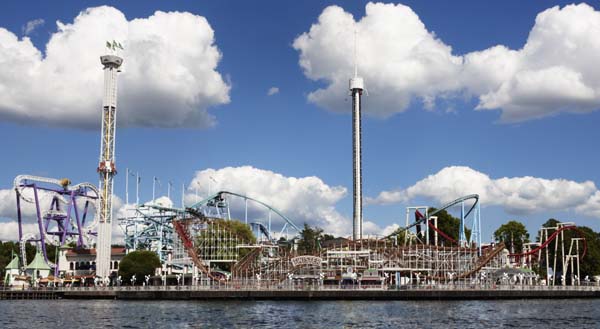