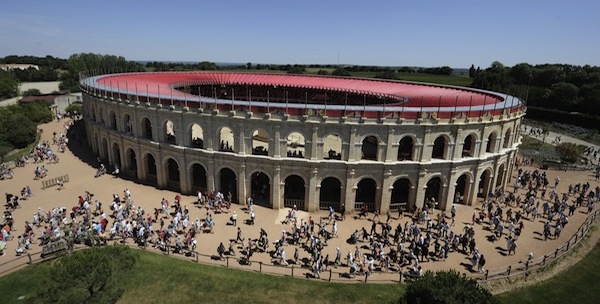 Puy du Fou has consolidated its position as France’s busiest non-Disney theme park with a record 2 million guests so far in 2015 – and there’s a full month of the season left to go.

The Applause Award-winning park, famed for its live entertainment spectaculars, has recorded a strong rise in visitor numbers for the third year running. Attendance in both July and August was up by 12% compared to the same period last year and the park’s four hotels have experienced an occupancy rate of 85%.

The most visited day of the season was August 13, with 22,700 visitors flocking to the destination in Vendée to experience its range of noted shows and attractions including the signature night spectacular Cinéscénie, The Triumph’s Sign, set in a Roman Colosseum, The Phantom Birds’ Dance and, new for 2015, Les Amoureux de Verdun, a love story set in the First Word War.

“To ensure that visitors are always amazed and delighted by Puy du Fou, we are always pushing the boundaries of what is possible in the world of arts and entertainment,” says president Nicolas de Villiers. “There is now so much to experience in the park, that we’re seeing more and more people spending two or three days at Puy du Fou to take in everything we have to offer.”

Thanks to the park’s remote location, an overnight stay is almost essential for anyone wishing to take in its after dark entertainment, such as Cinéscénie. As well as the Puy du Fou’s own hotels being busy in 2015, local lodging facilities have also been doing good business. Travel agency Puy du Fou Évasion has booked over 10,000 rooms in 25 of the region’s hotels, compared with 7,000 in 2014. The 2015 park season comes to a close on September 27.

Last year Puy do Fou finished the season with 1,912,000 guests, beating the Compagnie des Alpes operated properties Parc Astėrix (1.8m) and Futuroscope (1.6m). Unless something revolutionary happens this summer at those parks, then Puy du Fou should comfortably hold on to France’s no.3 position behind Disneyland Paris and Walt Disney Studios Park.