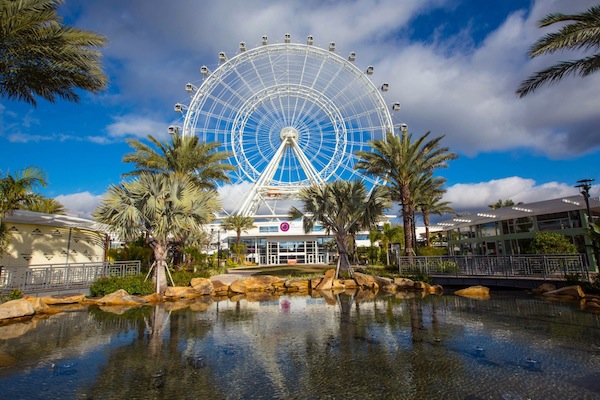 The Orlando Eye – opening on May 4 and pictured above – is one of several new sky-scraping attractions that will soon be towering over International Drive (‘I-Drive’) in the Florida theme park hotspot.

The 400ft (120m) observation wheel from Merlin Entertainments forms part of a larger entertainment complex – I-Drive 360 – where it is joined by a Madame Tussauds celebrity wax museum and Sea Life aquarium (also opening on May 4) together with various retail and dining options. Appointed as general manager for the Eye is Robin Goodchild , who previously served as head of operations for the London Eye for operator Merlin Entertainments. 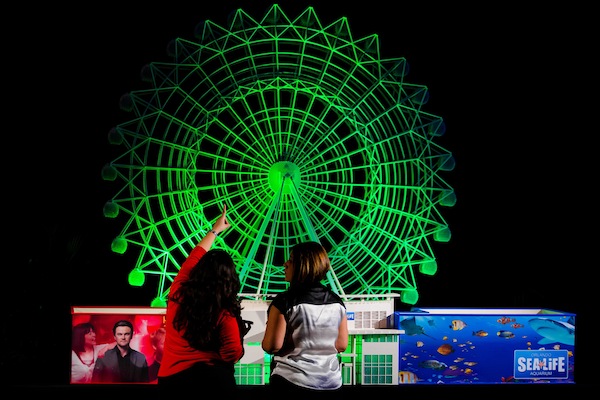 Meanwhile a Lego model of the Orlando Eye (as seen above) is set to go on permanent display as part of Miniland USA at Legoland Florida in Winter Haven. Merlin has already started running shuttle buses from the I-Drive 360 site to the Lego theme park, providing convenient access to tourists staying in and around the International Drive area, and combination tickets to all four of the group’s Orlando attractions, including Legoland, will be offered. Meanwhile construction work has already begun in Winter Haven on a 152-room Legoland Hotel, which will debut in summer 2015 right alongside the park’s main gate.

Asked by Park World why Merlin has plumped for a more conventional Ferris Wheel design than the unique architect-designed structure of the London Eye, Merlin’s Orlando head of marketing Todd Andrus replied that the Intamin-built construction offers a more “viable” option. “Whereas the London Eye offers some amazing views of famous local landmarks, our experience will be more about unplugging inspiring views of Central Florida landscapes,” he adds. 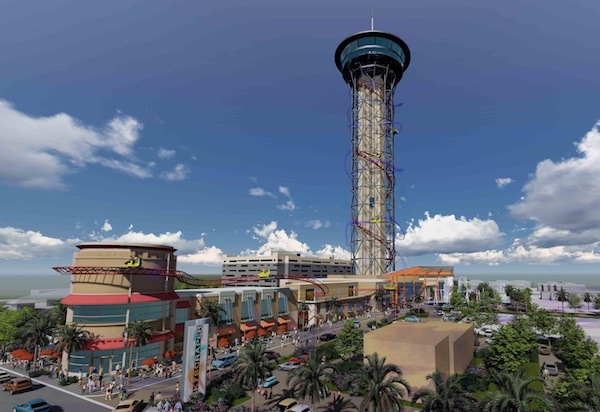 Set to open in 2017 alongside the new Mango’s Tropical Café Orlando at the junction of International Drive and Sand Lake Road, The Skyscraper – pictured above – is billed as the world’s tallest rollercoaster. From US Thrill Rides (USTR), and fabricated by S&S, this first-of-its-kind thrill ride will be the anchor attraction for the Skyplex indoor entertainment complex, and the tallest structure in Central Florida.

Marketed by USTR as the Polercoaster, it will stand 570ft (173m) tall and offer “all the thrilling mayhem of a great coaster experience, but in a very small footprint,” according to company president Michael Kitchen. Included here is one of the first accurate drawings of what the ride will look like. The $250 million mixed use development of which it will form an integral part is touted as “bringing a new dining and nightlife vibe to the International Drive district” and will open ahead of the coaster in 2016. 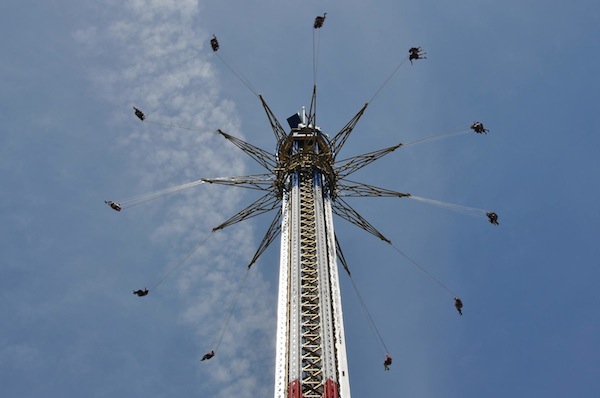 Set to appear elsewhere along Interntional Drive in the next 18 months or so will be Vue 360, which will take the title of world’s tallest Star Flyer from the existing new England Sky Screamer at Six Flags New England in Massachusetts (pictured above).

Built for client Unicorp Developments by Funtime in Austria, it will stand 20ft (6m) taller than the Six Flags ride. At 420ft (128m), it will also dwarf the 230ft StarFlyer already operating just down the street at the small Magical Midway park. Opening late 2015 or early 2016, Vue 360 will twirl 24 passengers high above I-Drive in 12 twin seats. Tickets are expected to cost around $10 per person.