The largest exhibition for the Russian and CIS (Commonwealth of Independent States) amusement industry takes place in Moscow a month earlier than usual – in March. Park World looks ahead to 12th annual RAAPA Show.

This showcase event for the Russian Association of Amusement Parks and Attractions (RAAPA), which is supported by IAAPA, will unite industry professionals from across Eastern Europe and beyond. Not only will they see the latest rides and equipment, they will also be able to discuss the state of the business in the associated conference programme. A selection of leading world experts have been invited to take part.

As for the exhibition, several of last year’s participants noted that the quality of contacts was high: “We were very satisfied with the results of our participation,“ noted Markus Beyr of Kraftwerk in Austria. “We had a lot of visitors and held some productive negotiations, even though we didn’t bring our 6D cinema with us!”

“We participated in the RAAPA Show for the first time and were pleasantly surprised by such a number of high quality visitors,” added JP Lawania, managing director of Meghma Print-O-Pack from India. “Everything was organised professionally, we didn’t have any problems. I think we’ll become the constant participants of this exhibition!”

RAAPA Show 2010 takes place from Wednesday to Friday, March 17 to 19, at the All Russian Exhibition Center (VVTs), Moscow. 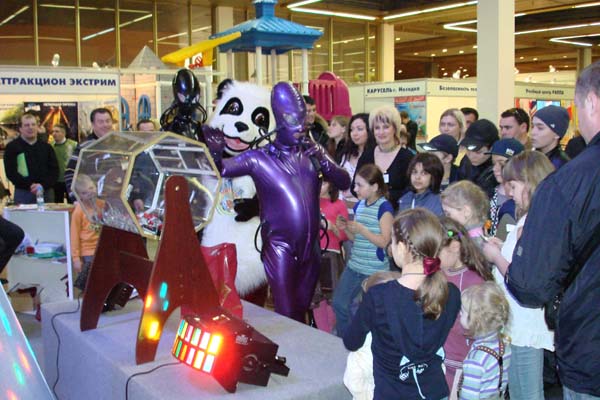