Incoming IAAPA chairman and Europa-Park chief Roland Mack reflects on the association and the state of the industry with Park World readers.

The Mack family lives, sleeps and breathes the amusement industry. As managing director of Europa-Park, Roland Mack oversees Germany’s largest theme park, working alongside his brother Jürgen and sons Thomas and Michael at the Black Forest business founded with his father Franz back in 1975. Yet the family’s roots in the business go back much further than that, to 1780 when it started building wagons for travelling showmen. Later it progressed to manufacturing rides and today Mack’s quality products can be found in theme parks across the globe. A founding member of the German trade association VDFU, Roland Mack has also received wider recognition, picking up his country’s Bundesverdienstkreuz am Bande (Federal Service Cross) and the title “Chevalier de la Legion d´Honneur” from French president Nicolas Sarkozy.

How will you manage the role of IAAPA chairman alongside your commitments at Europa-Park?

It’s a challenge, but I have my two sons in the business now and it was my plan to take this role if elected. Maybe six years ago it would have been too early, but now the time is right and it will give my boys the chance to take a little more responsibility within the company, while I can become even more international. I am proud to be the first German coming into the chair, and I hope I will not be the last!

What are your goals for the coming year at IAAPA?

I think we have a lot of issues in common. Park visitors are becoming more demanding because they have a big understanding of quality, they are travelling around and they see a lot and compare. I think we have to acknowledge these demands and satisfy them.

The influence of computers and other electronic devices is something we must consider, and you never know they will impact our industry in the future. However, 20 years ago we were talking about computers and television, and really they are not a big competitor to a real experience on a rollercoaster, a ride, or a show. People want to have joy together.

The recession has affected our industry, at least in the Western world, and some big companies are facing major challenges. I think in these circumstances our association has a role to play as an information exchange, so you can learn about developments and best practice in other parts of the world.

In Europe, the VAT [value added tax] is so diverse. That’s a big, big issue, especially if you are located near the border like Europa-Park. In France they succeeded together with Disney in convincing the government to keep the low 5.5% rate for, I have heard, another 15 years. We are working with 19% in Germany, but could reduce the price admission at Europa-Park by €5 if we had the same VAT as France.

What are the prospects for growth in Europe?

I think there are some opportunities for new parks in the Eastern European countries. For Germany, and I would say a lot of other locations in Europe, most of the big markets are already catered for, so you need to work with what you’ve got. Families are looking for an alternative to longer holidays and every park, except maybe the coastal parks, could gain from adding short break accommodation. Corporate business is getting more important. We host 1,200 events each year at our park and a lot of those are corporate events. You also have to look at how much you offer for customers in poor weather, at least in Northern Europe.

What progress has been made by IAAPA’s new office in Hong Kong?

We have a good man there [Andrew Lee]. The trade shows are successful and you can see a real appetite for parks in the Far East. I have a close relationship with several Chinese parks, they are always visiting Europa-Park, and I think they are getting a feel for the industry in a much shorter time than we did. There’s a real demand for industry know-how, and that is another reason to be present in Asia.

How does IAAPA keep trade shows and conventions relevant in an age when you can “see it all on the internet”?

The internet makes people curious, they know very soon what is going on, but they also want to see things in real life. When you are selling rides, you have to talk to people. Clients have so many questions and special requirements and you can’t deal with that over the internet, or even the telephone. What we can see is that the big groups are not sending as many people as before, and I think this is because of the tough economy. They are sending just the engineers or technical guys rather than individual managers.

It’s not only about meeting ride manufacturers though. I think the opportunity to come together with people from all over the world, to visit parks, go to seminars, that’s what it’s all about and that’s why I don’t see a big risk for the trade shows.

How much of an issue for ride manufacturers is copying of intellectual property?

It’s something we are discussing very heavily within IAAPA, and we are taking steps to prevent it. We can remove exhibitors from the trade shows if required. If they are using pictures of your rides in their catalogues, then really that is a little too much!

It’s a big issue for us at Mack Rides, particularly with the Chinese companies. I really don’t know what’s going to happen, but I was talking to my engineers and I think we have still have a chance. It’s a really specialised industry and you need a lot of experience to make rides work properly. We are in some ways a prototype industry and that always gives a good chance to the innovators. That is why we do not have many huge companies as competitors; they would not be able to succeed with new ideas every one to two years and such small numbers of rides. 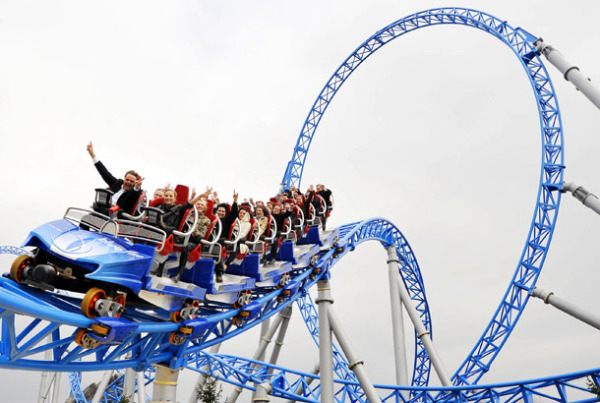 How does a family-owned operation such as Europa-Park successfully compete against corporate parks?

Maybe by being in the park every day, not so much in the office, and acting a little faster when you have good ideas. The biggest problem with a family business is if you want to develop things and your kids do not want to be in the business – luckily mine do. That is when the big companies jump in and take over. That’s kind of sad, but that’s how it is.

Are there enough talented young people coming into the industry?

I think you have some educated, energetic young kids that have the opportunity to look around the exhibitions and work in other parks worldwide. My sons did this, they have been in America, Australia, Italy, Spain and Scandinavia. When I was young it was more difficult. So there are a lot of talented people, they do things differently to how we did them, but if they concentrate on the key issues – service and quality – then they can push the industry forwards.

Do you expect much more industry consolidation in Europe?

Last year Plopsa bought Holiday Park, and in the middle of Germany Fort Fun was sold some years ago to Compagnie des Alpes. However I think the parks have to be a certain size to be of interest to the big companies. In Germany there is Phantasialand, Europa-Park, Hansa Park and Tripsdrill, where the family is very heavily involved, so I do not see much happening soon. In Great Britain many of the big parks are already owned by Merlin. There was the big deal a few years ago with Walibi and Compagnie des Alpes, but recently they sold some of their smaller parks. Parques Reunidos is always talking about selling its business. So maybe, like in America with Six Flags, things will go backwards and there will be a chance of former family businesses going back into family ownership.

Speaking at Euro Attractions Show in London, Merlin Entertainments’ Nick Varney remarked that European theme parks are under priced. Do you agree?

He is right if he compares theme parks to other kinds of attractions, and it is true that we price conservatively. We all need money to development our businesses, however sometimes there is a gap between this thinking and Merlin’s price strategy. If Merlin is selling annual passes [in Germany] that let you visit 15 attractions for nearly a third of a Europa-Park annual pass, then maybe Nick should start with his own prices! It was interesting to hear he wants to make Heide Park the market leader, and I am happy to take on this challenge, but I do not want to be the biggest park in Germany by reducing prices.

What park or attraction has most inspired you during your travels in the last year?

I like very much Legoland’s idea to build a submarine ride [at Legoland Windsor], not only because they used a Mack Rides system, but because it is a new development. Disney was doing it years ago with animatronics, but now it is done with real animals. I think that is really interesting.

The development of Chimelong in China is fascinating. They are doing almost 8 million visitors in Guangzhou with a waterpark, animal park, ride park, hotels and conference centre. I was so impressed with the quality and what they’ve done in such a short amount of time – and it’s done by a family. Now they are doing a resort park with animals across from Macau [in Zhuhai]. I will be very interested to see that when it’s finished.

What can the attractions industry learn from other industries?

Maybe we could improve government relations because every park needs infrastructure and you can’t do infrastructure without lobbying the government. If you look at the car industry in Germany, they are much better organised. Overall I think we do better than many other industries in combining our efforts though, and 90% of the global players are members of the association.

What’s new at Europa-Park for the next 18 months? Already announced are plans for a major wooden coaster next spring courtesy of Great Coasters International. Then, in the summer, the Europa-Park Resort will launch its fifth hotel, the New England themed Bell Rock. “Maybe we will get an opportunity to use the hotel in some way for the IAAPA directors’ meeting in June,” says Roland Mack.

The park’s managing director can also provide a hint of what’s in store for 2013: “We have started construction of a new fairytale themed area in co-operation with a big movie star from France,” he tells Park World. “This will feature a completely new ride development of the Mack company.“

Pictured below: A model of Bell Rock hotel – coming to Europa-PArk in 2012 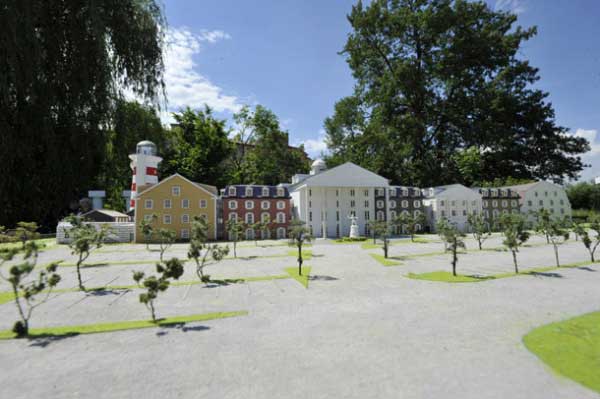