2017 is set to see Puy du Fou, France’s second largest theme park, celebrate its 40th anniversary with a fantastic new programme for guests to enjoy. 2017 is also the year that Puy du Fou promises a ‘major turning point’ for international development with new ambitious projects being developed in Europe and China. 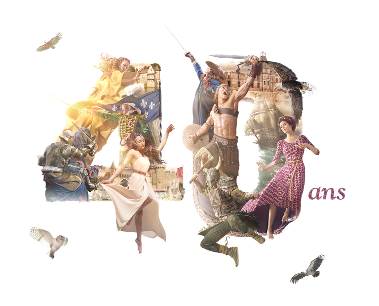 The park has also reported an increase in visitors of 8% and a turnover of more than €100 million (a 21% increase), crediting this increase to the series of bold investments they have made. Over the last ten years the number of visitors has increased by 184% and the turnover has more than tripled. The park have also reported that €30 million has been set aside for further investment, with an overall investment of €200 million by the year 2025.