Each FreeFall slide features an 80º drop, while the SuperLoops are intertwined with one another to offer an intense ride experience. To ride each of these four slides, guests must climb inside a SkyBox trapdoor launch system (as seen above), inspect their fate through the transparent floor panel and take their last breath before being dispatched into the slide. The launch angle of the SkyBox has been carefully calculated to provide a high speed ride and the greatest sensation of weightlessness.

The TantrumAlley, which the park has named Wipeout, winds a four-person Cloverleaf raft through a tunnel and into two Tornado-style funnels, each promising several oscillations before feeding the raft on through the rest of the ride. 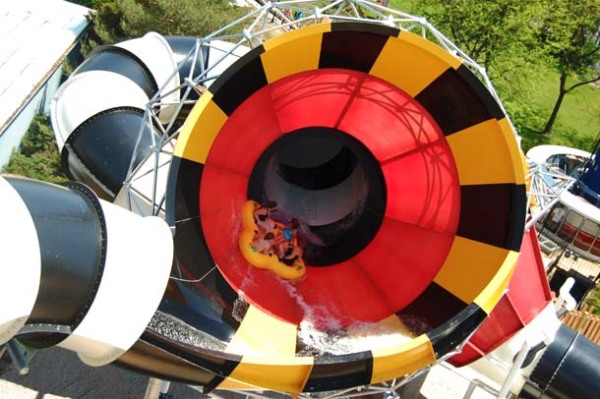 Six Flags now has 14 Tornado Installations by ProSlide at its various parks and waterparks across the United States. 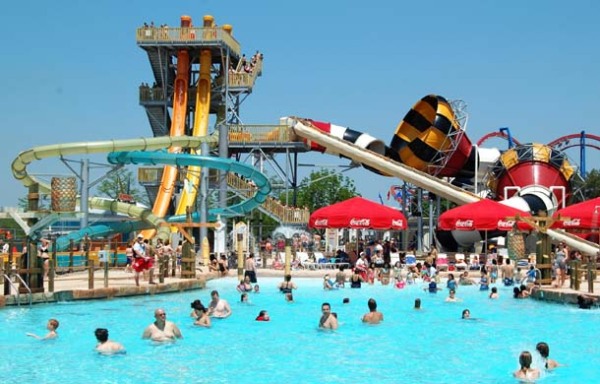