Premier Rides is to supply a signature attraction for the new Trans Studio Theme Park in Bandung Supermal, Indonesia.

The ride in question will be the first launch coaster in Indonesia using a magnetic system, with a train travelling both forward and backwards.

When the ride starts, the train accelerates, reaching its maximum speed in just over two seconds. During the launch, riders will experience a maximum of 1G when pushed back in their seats. After the train leaves the station it immediately shoots up, almost vertically into an inverted top hat element. The riders are inverted and race down the second half of the top hat element. For a second time the train reaches maximum before it executes a 180-degree turn to the right with riders shooting up a tower, looking straight up at the sky and experiencing an almost zero G condition. Just before the track ends, the train comes to a stop and is accelerated backwards through the entire course of the ride.

“We were very impressed with the quality and reliability of Premier’s work when we visited Revenge of the Mummy at Universal Studios Singapore,” remarks Trans Studio director Budiman Wijaya. “Our mall project will be one of our nation’s most exciting destinations.”

When it opens in 2011, Trans Studio Theme Park will be one of the largest indoor parks in Asia. Trans Studio is a division of the Para Group, whose other interests include financial services, high end retailing and palm oil plantations. 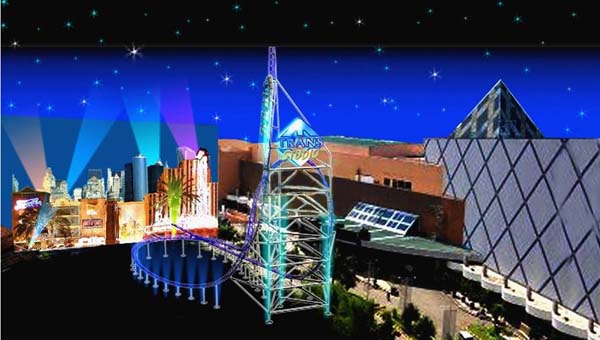