The Plopsa group is spending €8 million on a new rollercoaster for Holiday Park in Germany, set to open in July of next year.

Identical to Superman Ultimate Flight at Six Flags Discovery Kingdom near San Francisco (as pictured), the attraction will be supplied by Premier Rides – one of only two coasters from the company in Europe. The 50-metre-tall ride will include such features as a launch start, a loop, slow motion twisted heartline roll and several other dramatic twists and turns. The top speed will be 100km/h.

The ride, with a working of title of Thrill Coaster, will be the first coaster to open at the park in Rhineland-Palatinate since Holly’s Autofahrt, a Maurer Wild Mouse added in 2010, and the 2001 Intamin Mega Coaster Expedition GeForce, still well regarded among coaster fans. 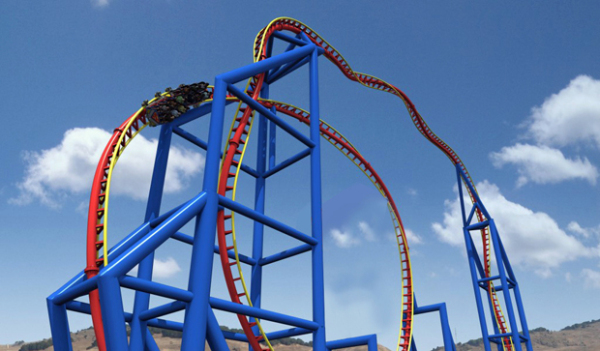