Guests at Power Park, Härmä, Finland, can celebrate summer with the arrival of a new water ride called Kwai River.

The Super Flume by Interlink opened in July and features two lifts and two drops. The ride takes its title from the seminal World War Two movie Bridge Over the River Kwai, starring Alec Guinness, with each of the boats used on the attraction being named after a character from the film. The ride has been incorporated into a new area of the park but had to be built around an existing bridge structure, which ultimately inspired the theme. The Bridge Over the River Kwai soundtrack is used throughout the ride to provide added ambience. 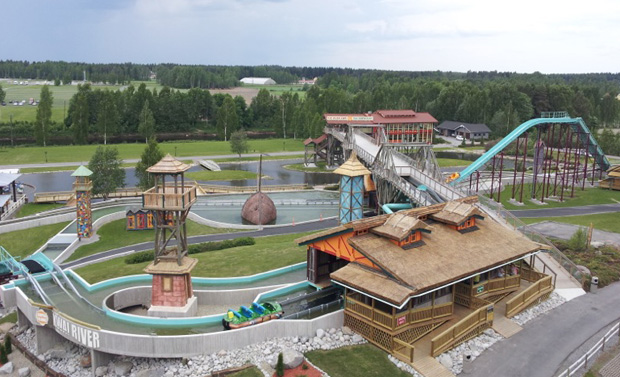 Not just a major theming backdrop, the bridge also provides access to a new Thai restaurant. The views from the bridge are, apparently, spectacular and give guests a bird’s eye view of the new attraction and other areas of the park, including the racetrack that inspires the park’s original theme.

Featuring a 400m-long channel, the ride’s first drop is an interesting 7-metre camelback section with a turn in it, followed after the second lift by a 14m drop. Inside the themed station building is 12m-long section for loading/unloading. Utilising a total of nine, six-seater boats, the ride provides hourly capacity for 600 passengers. 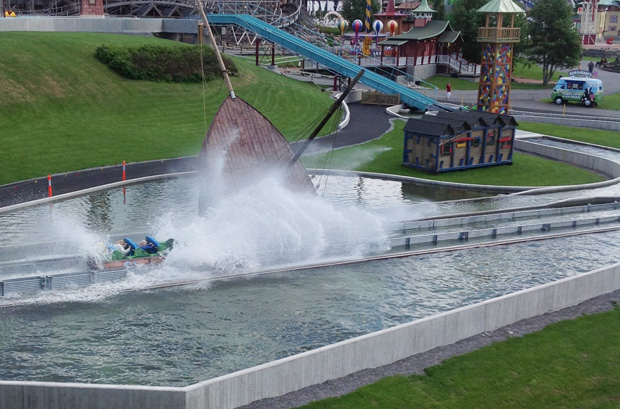 “We wanted to add a big new water ride to the park and having looked around at what was on offer from different suppliers we chose the Super Flume,” says Power Park technical manager Petri Sariola. “It has been very popular with our guests since opening and will no doubt help to increase our visitor numbers overall. Interlink have been very good with all aspects of the installation and overcame any initial teething problems that occurred. It is a really good addition to the park.” 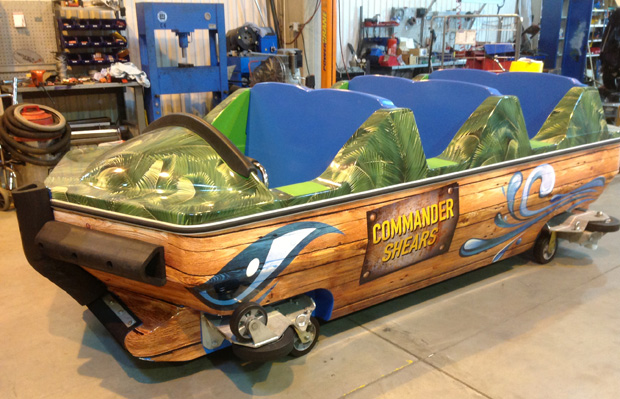