Visitors to Slagharen in the Netherlands are being promised a “new” park when it reopens for the season on March 26, plus the return of a fondly remembered feature: Ponies.

Located outside the town of Hardenberg, Slagharen will have new competition in 2010 from Plopsa Indoor Coevorden, just 15km away. To remain attractive to local families, Bemboms are introducing a new dynamic pricing structure, believed to be the first of its kind in Europe. Modelled on the same system used by the airline and hotel industries, guests will no longer pay a fixed entrance fee. Instead the charge will be set according to date, demand and weather forecast.

Known for years as the ”Pony Park,” Slagharen used to provide the animals as an added attraction for guests staying at its holiday village, who could even take them for a ride. Animal rights protestors objected, however, and the horses were removed. Now, after more than a decade, the miniature horses are back. Around 20 ponies will be introduced as part of a new petting paddock where young guests can hug and cuddle the creatures.

A brand new 700-seat theatre also awaits Slagharen visitors in 2010, where three times daily audiences can enjoy a Wild West show, meanwhile the local premiere of Turtle Vision is planned for the 4D movie theatre. A new “Air Parade” will be staged in place of a traditional park parade, and guests are promised new circus acts, entertainment and live shows, even in low season. Families can extend the fun by booking one of the new luxury holiday homes at the Slagharen resort (pictured below).

Mums and dads can stop worrying about what their children eat at the park thanks to healthy menus implemented across more than 20 food and beverage outlets. All menu items are now certified with the Dutch “Ik kies bewust” health living standard. “Sure, in some of our outlets we will still serve French fries,” says the park’s commercial director Angelique Klar, “but those fries will be fried in oil certificated with the Ik kies bewust logo.” 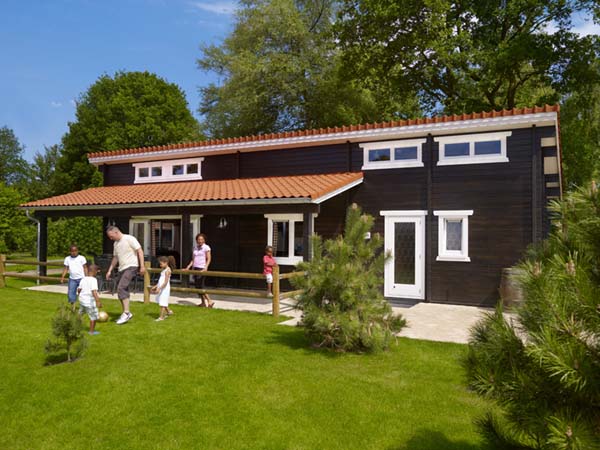