Ever since Michael Jackson lent his name to a project in the late ’90s, a succession of developers have tried – and failed – to establish a theme park in Poland. Marek Pisarski hopes that two new proposals will be different.

Poland has always been a green island that can perfectly deal with the crisis,” our prime minister Donald Tusk stated amid the recession. The country is a place of historical value and cultural diversities, and is developing faster than ever. What is missing, however, are amusement parks (or theme parks) of the typical Western European size. To experience such attractions, Poles, with their increasing amount of disposable income, are forced to visit neighbouring countries such as Germany.

While many of the plans for Poland so far have been for large parks in the middle of the country, there is also enough space to create four or five parks of medium size. The most attractive locations would be Gdansk, Szczecin, Cracow and somewhere between Łódz and Warsaw. There are two large developments currently proposed that look promising, but first let’s take a look at some of the many concepts that failed to get beyond the drawing board.

The first large amusement park in Poland was supposed to be Michael Jackson’s Family Entertainment Park, news of which circulated in 1997 after a letter of intent signed a year earlier. Immediately, however, opposition to the project emerged. Ther plan was for a more “casual” kind of amusement park, a place of education and fun where children could learn about Polish history, culture and legends. Jackson agree to brand the park with his name, but it was difficult to establish how the whole venture was going to be funded. One of the other problems was that the ground for the park, the airport, belonged to Polish army. Jackson himself was also perceived by the Catholic church as a controversial figure to run a park for children.

Following elections that same year, the newly elected Solidarity Electoral Action party, AWS, had its own ideas for park in the shape of an ‘edutainment’ park near Warsaw. Plans were prepared and co-operation sought with local companies, as well as Polska Agencja Rozwoju Turystyki (Polish Tourism Development Agency). The project, nevertheless, failed to happen. 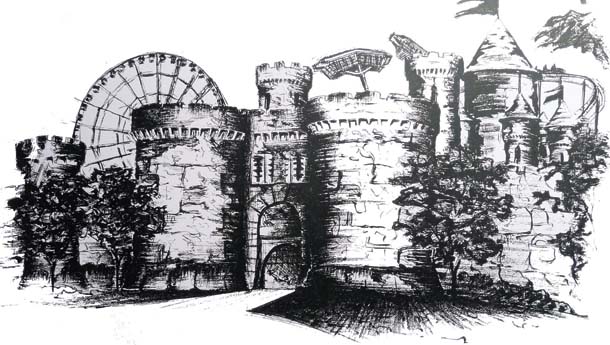 A sketch for the failed Silesian Amusement Park project in Chorzów

An attempt to revamp the Silesian Amusement Park in Chorzów was put forward around 2000 by the German-Dutch holding group Mega Parcs, lead by Jan Coolen (then a major shareholder of the ride manufacturer Zierer) and represented by MFI Holding GmbH. The group was forced to withdraw when the newly elected local authority (or “voivodeship”) attempted to take over the project itself.

It’s a pity that this particular park failed, as its prospects seemed good. Polish banks were eager to provide credit for the development, which was secured by a law office of an international renown, however a group of discontented land owners appeared and there was a change of power once again within the voivodeship. What put the final nail in the coffin was a critical article in the national press, which frightened away the bankers. The Dutch then disappeared, leaving behind a bitter taste. They had, however. introduced a new season ticket system, which was successful in increasing turnout at the existing park. 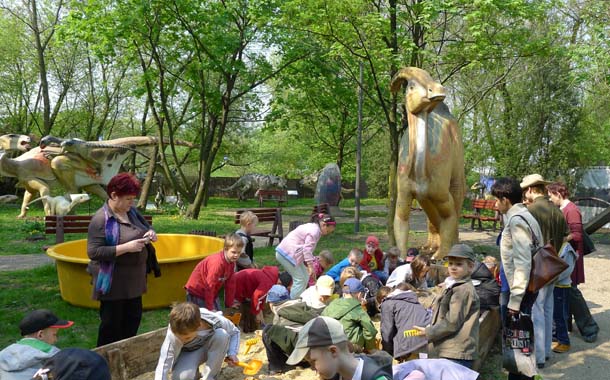 Dinolandia, one of the author’s own attractions in Łódz

Next was a plan by Turkish businessman Vahap Toy, who around the year 2001 proposed a gigantic leisure complex at the Polish/Russian border in Biala Podlaska, featuring replicas of the Eiffel Tower and the Seven Wonders of the World. Toy also envisioned a “Polish Las Vegas,” a complex of casinos, restaurants and hotels, as well as a major new airport. The State Forests Authority and the Ministry of Environment refused to allow the cutting down 1,700 hectares of trees and furthermore financial guarantees could not be provided. All three projects failed to come to fruition.

Backing from the then IAAPA president Alain Baldacci lent a certain amount of credibility to a plan by Marcin Bich to create Park Fantasia near Szczecin. Political support was also high, however the company abandoned the venture when it went bankrupt, and its assets along with the plan of the park were seized by a well-known international consultancy.

Tivoli International, a division of the famous amusement park in Copenhagen which already opened a park in Japan, explored a number of possible locations in Poland, settling on a site near Gdansk. Misleading information was provided on the Polish side and it turned out that the land belonged to a private owner, not the city, and so Tivoli retreated back to Denmark.

Following the high profile project spearheaded by Michael Jackson, another big name from the US entertainment industry was associated with proposals to build no fewer than three amusement complexes, in Kostrzyn, Modlin and Wroclaw. The plans, drawn up by George Lucas’ ACV International around 2005, involved a provision for gaming and stalled when it was discovered there was a ban in Poland at the time on more than 400 slot-machines in one place – the quantity the American investors believed they needed to be successful.

Between 2003 and 2010, several more projects were put forward including a city-centre amusement park in Wroclaw, an entertainment and recreation outlet within a forest near Łódz, an attraction in an old cold mine in Kleszczow and a historical park within a brickyard in Koluszki. 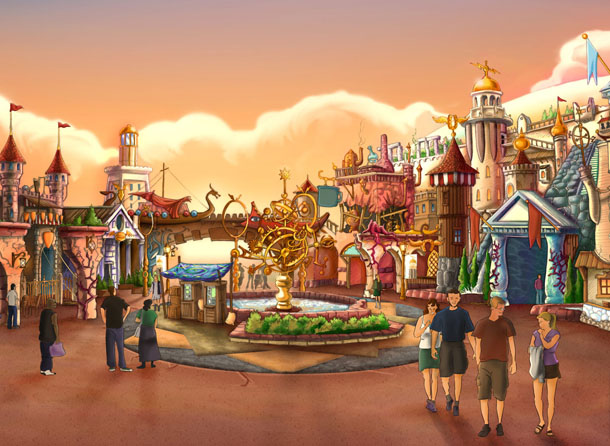 As a consultant to many of these projects, I have witnessed first hand many of the goings on behind the scenes that led to the their ultimate failure. Yet, as an operator of my own, smaller attractions, I am convinced that a major park can be accomplished in Poland. The successful project will require a good plan, solid organisation and a committed investor, as well as a group that is well acquainted with the attractions industry.

Hopefully the Adventure World Warsaw resort, announced this summer (Park World, August 2011), will provide a turning point, putting the sad history of failed Polish park development in the shade. The plans, put forward by the company Las Palm and its Dutch team of experts, centre around a 240 hectare site in Grodzisk Mazowiecki, about 50km from the capital. The location seems convenient and the concept, including a theme park, waterpark and two hotels, looks amazing. Investment for phase one is €400 million, and the developers hope to attract two million guests a year.

Another project is the “Park of Poland” from Israeli investors Ronson Development, who predict an even more ambitious four million annual visitors with to their 600 hectare development (with 200 hectares in phase one). Cinema City IMAX, the largest network of cinemas in Poland is believed to be closely related with the investors. The exact location is not yet known, however, initial talks state that the park could be situated near Warsaw, and moves are being made to gather the required land.

There’s also a glimmer of hope in Chorzów, with talk of further redevelopment at the Silesian Amusement Park, lead by another Dutchman, Daniel Heinst. He and his team are now in the process of separating the amusement park from the rest of the park’s legal structure to make it easier to implement their planned developments.

Let’s hope that, unlike the fibreglass figures at some of the country’s existing parks, these latest plans don’t become dinosaurs. Poland deserves a world-class theme park to put it firmly on the industry map!

This is an edited version of an article originally published in Atrakcje magazine, written in co-operation with Olga Stalmaszczyk. Marek Pisarski is the chief editor of Atrakcje online and general manager of the Experymentarium discovery centre, Dinolandia dinosaur park and Arena Laser Games, all based in the city of Łódź. He also runs Polish Tourism and Leisure Consulting and the exhibition organiser Park Miniatur SA. Marek can be reached at pisarski.imagineering@gmail.com.