Others have tried and failed, but Peter Jan Mulder, chairman and CEO of Les Palm sp zoo, believes the time is right to develop Poland’s first theme park resort. Park World speaks to him to find out more.

The Dutch project developer, now settled in the country with his Polish wife Sylwia, has secured a 240-hectare site in Grodzisk Mazowiecki, 50km from Warsaw, and assembled a team of experts to help him realise his dream. 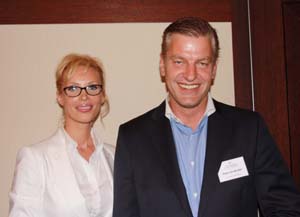 Why do you want to build a theme park near Warsaw?

Peter Jan Mulder (PJM) – I love Poland; I live here, I work here, and I love Polish families. However I found that there is no place where families can go to enjoy a theme park. Today in the country there is a lot of stress, people have to work to make money, otherwise they do not exist. From 2014 there will be a place where from the moment you arrive in the morning until you turn back in the evening your head is free, and you are ready the next day to succeed in your job.

Why did you choose the site at Grodzisk Mazowiecki?

PJM – We started searching for locations in November 2010 and began actively looking at a smaller site in Zlotoklos near Piaseczno. However, we got a lot of problems with the local village and decided it was not the right place to build our park. We would not have been able to have a destination resort, and the local roads were not ready for such a project. Then we made contact with the mayor of Grodzisk Mazowiecki, and we shared a vision; for the last 15 years he has been fighting to build a park in his village. From that moment we changed our plans and began to change all the designs.

Where exactly is the location?

PJM – The park will be located at the crossroads of the new highway from Berlin to Warsaw and the highway from north to south (Gdansk to Katowice). This will give us the best location, and we will market all over Europe. How did you choose your team of experts? PJM – I started a search on the Western market to find the specialists who can build the park. The consultants, who bring a lot of experience, are International Destination Strategies (IDS), the architects are AGS from the Netherlands, project management will be Tebodin from Poland, Imtech Polska will provide advice on energy efficiency, theming is by Jora Vision, the main supplier of attractions will be Vekoma Rides Manufacturing, and Hafema will supply water rides.

Who is behind the project?

PJM – Adventure World Warsaw is a brand name of Las Palms sp zoo, which has been founded to develop and operate the park and resort. The project will be entirely financed by a Luxembourg-based international consortium of private and institutional investors. The total investment of stage one is €400 million, but because the consortium is based in Luxembourg the investors will remain silent. 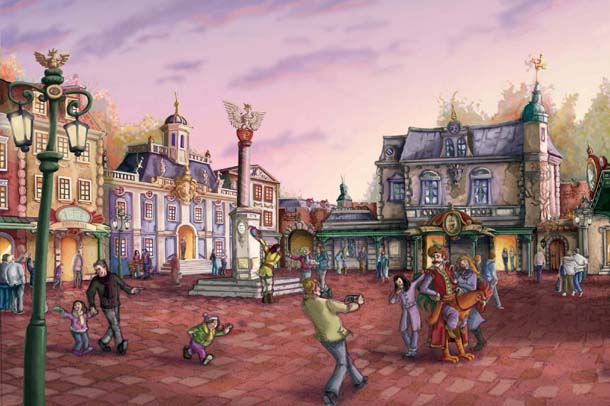 What existing attractions are there in Poland and how will you be different?

Sylwia Mulder – We have some very old parks like Chorzowski Park in Chorzów, but they are not very well organised for the people, they cannot buy food and beverage and there are not many top level exciting attractions. Poland does not have any theme parks, so that’s why we want to build a destination resort with a highly themed park, an indoor waterpark, entertainment village and a hotel. This project will put Poland on the map worldwide.

Is the demand and the spending power there for such a development?

PJM – Yes. Families are already going to attractions like museums and indoor waterparks, which are getting very crowded, and they are spending money too. Also a lot of Polish people have been abroad, so we are sure that when they come back they will want the same quality.

Why will you succeed when other big theme park projects have failed?

PJM – Most projects so far in this country and this part of the world have been a concept, a visualisation, a press meeting and that’s it. Tivoli failed because it was too early for their product and Michael Jackson failed because he was not able to get the property. Make no misunderstanding, our land is secure for phase one; the point of no return is already passed.

What is the timeline for the project?

PJM – The local development plan has already started and we are progressing well. The start of construction will be spring 2012. Opening of the phase one will be spring 2014. The second phase of the project will include an additional outdoor park, conference facilities, expansion of entertainment facilities, two additional hotels and a wellness centre. I am sure that when we finish our park our colleagues from the industry will have the feeling to build park in Poland as well, so there is no time to waste! 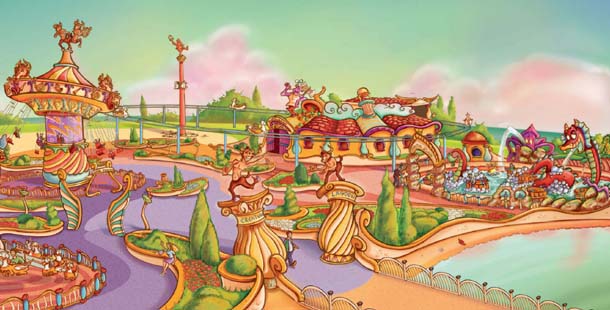 Phase one of Adventure World Warsaw is projected to open in spring 2014 comprising a theme park, waterpark, entertainment village and two hotels comprising 800 rooms. The waterpark will be an undercover operation, which together with the hotels and other resort facilities will be open year-round. The theme park will be a seasonal operation featuring five themed islands with working titles such as Polski Plaza, Adventure Harbour, Creature Harbour, Castle Island and Lost Legends.

Here are some more facts and figures: