Plopsa is the theme park division of Studio 100, the largest provider of family entertainment in the Benelux. As the company prepares to open its first Plopsa-branded outlet in the Netherlands, Owen Ralph catches up with Plopsaland general manager Steve Van den Kerkhof.

Studio 100‘s TV shows target children up to the age of 12 and are screened on a variety of channels in Belgium, the Netherlands and beyond. Characters from these shows can be found inside three Belgian parks – Plopsaland De Panne, Plopsa Coo near Liége and Plopsa Indoor at Hasselt, as well as two standalone Plopsa stores. Located in the Dutch city of the same name, Plopsa Indoor Coevorden will open on April 30, 2010.

Why did Studio 100 decide to enter the theme park business?

We wanted to give our characters an eternal life. It starts with television, then we make some books, some DVDs, some movies, but most of the time after two or three years it’s dead. If we do a theme park, the characters live on.

At the beginning, that was the only reason for doing a park, but now I think it is important to make a profit too. The parks have become an important business segment in Studio 100, around 40% of turnover.

What are some of the characters we will find in your parks?

The word “Plopsa” comes from our characters Kabouter Plop and Samson and Gert. Other popular characters include Bumba, Piet Piraat and Wizzy & Woppy. One of our latest successes is Het Huis Anubis, it was a huge success with older kids, so we did a coaster at Plopsaland De Panne called Anubis The Ride.

Last year we bought the EM Entertainment catalogue from Germany, which gives us the rights to Maya the Bee, Vicky the Viking, Heidi, Lassie and many more. With these extra characters we will do some remakes and go abroad with Studio 100 and also the parks. Our latest plan is to do three indoor theme parks in Germany related to Vicky the Viking, Maya the Bee and Heidi etc.

What is your strategy for selecting park sites?

We looked at many different sites in Belgium before we opened Plopsaland De Panne in 2000. We even thought about building a whole new park from zero, but it’s difficult because to create a new park you have to invest in a lot of things you never see, in foundations, in walkways, these kinds of things. So we took over an old park (Meli Park) in De Panne because there was already a start and they needed some investors. In Hasselt we did it from scratch, and opened in 2005.

At Plopsa Coo, it was an existing park (Télécoo) that went almost out of business, so we took it over in 2006. In the Netherlands it will be a completely new park, similar to Hasselt, called Plopsa Indoor Coevorden.

We never thought about the competition when we chose these places. The only thing I wanted for the park in the Netherlands was for it to be far enough away from the other Plopsa parks. Other attractions in the area include Walibi, Slagharen and the zoo of Emmen, but people don’t choose between Slagharen and us. They decide whether they want to go to Plopsa or not, and then they decide between the Netherlands and Belgium.

How has the Plopsa brand helped the parks?

Would you open a park in a market where the characters are not known?

It’s hard, normally we would not do that, but we did it once with Plopsa Coo. In that part of Belgium the characters were not known, so we launched them on TV at the same time as the park. It was difficult at first because children need two or three years to know all the characters. Now, after three years, Plopsa Coo is growing fast.

Would you licence your brands to other park operators?

Not for the moment, but when we do some of the remakes, including a Maya the Bee 4D movie, we want to be in every country. So I think eventually we will license some characters, especially for countries far away from the Benelux. Now we are looking at Germany, but we will go outside Europe too.

What is more important for your guests – the characters or the attractions?

The people in our parks are children with their parents. If you go for this kind of group then the characters are very important because children between the age of three and seven go just to see the characters. In each park there is one live show, and then we have characters to meet and greet. People expect it because it’s Plopsa! The attractions? OK, it is fine that they are there, but you can find attractions in other parks.

How do you differentiate the marketing for each park?

Because we have four parks in the Benelux we have to do it differently. If we do the marketing for Hasselt or Coevorden we will use the characters Bumba and Plop, but when we do the marketing for De Panne it will it Mega Mindy and Anubis because they are a little bit higher in age. For the indoor parks people will drive maybe one hour maximum, but for De Panne it is two hours, which means bigger kids and bigger rides. 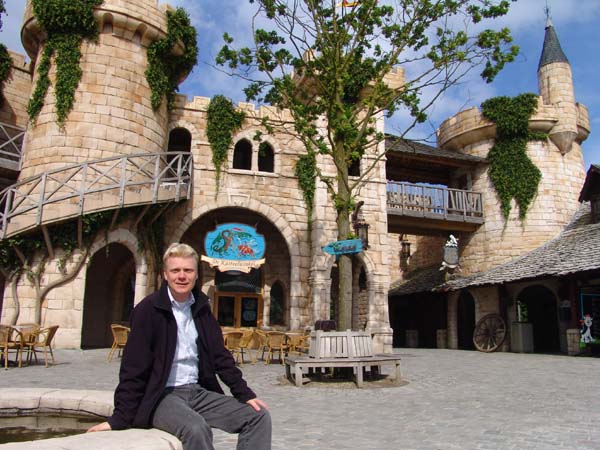 You have big plans for the original park?

I think Plopsaland De Panne can still grow a lot. People are coming now from further, so we will create our own hotel, opening in 2011, and stay open longer throughout the year. We will also build an indoor park in De Panne with the theme of Maya the Bee. With these things we can have an extra 200-250,000 people a year.

There is huge potential from France. We are just five minutes from the border, but so far we have just 150,000 French visitors each year. We already have 150,000 from the Netherlands, and they have to drive for two hours, but they know the characters. So we need a character the French can understand, otherwise they will go to Parc Asterix or Bagatelle. That why it’s important that we sold the remake of Maya the Bee to a television channel in France. Then they will come!

The latest Plopsa Indoor will open this April in the Dutch city of Coevordern. Located close the German border, the 8,000 square metre outlet will be Studio 100’s first park in the Netherlands, although Dutch visitors already account for a significant number of guests at the three Plopsa parks in Belgium.

According to Plopsaland general manager Steve Van den Kerkhof, the content at Plopsa Indoor Coevorden will be 70% the same as the Plopsa Indoor Hasselt, although with even richer theming. Art direction is being provided by Piet de Koninck, who has worked as designer on all the Plopsa parks to date.

A tried and tested list of suppliers has been appointed including Zierer and Zamperla. Zierer’s contribution, for example, mirrors exactly the rides it supplied to Plopsa Indoor Hasselt.

Highlights in Coevorden include:

A further 5,000 square metre outdoor area will be developed at a later date. 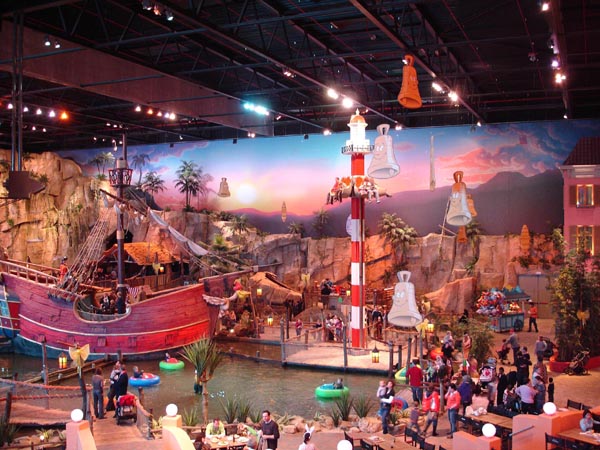