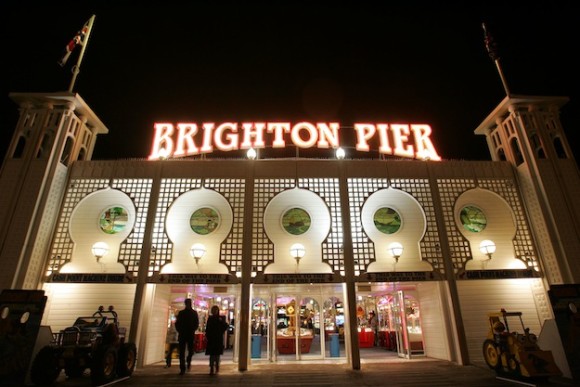 One of England’s most popular visitor attractions is to change hands. The Eclectic Bar Group plans to use the purchase of Brighton Pier as a platform to build a portfolio of other attractions around the UK.

The company has entered into a conditional agreement with The Noble Organisation to acquire The Brighton Marine Palace and Pier Company for £18 million ($25.5m/€22.5m). Built in 1899, the popular south coast attraction entertains over 4 million guests a year and has been owned and operated by Noble’s since 1984.

Chaired by Pizza Express founder and former Channel 4 chairman Luke Johnson, The Eclectic Bar Group boasts brands including Lola Lo, Embargo Republica, Po Na Na and Dirty Blonde. With the pier acquisition, the enlarged group will be rebranded The Brighton Pier Group PLC as its seeks to diversify within the leisure and entertainment sector.

“Brighton is one of the UK’s most popular visitor destinations,” notes Johnson. “The pier itself is Britain’s most popular attraction outside London and has been well run and well maintained by the previous owners and we welcome Anne Martin and her first class management team to the newly enlarged Eclectic group.”

A spokesman for the company tells Park World that it will consider further acquisitions “smaller than the kind of thing that Merlin would look at.” Although some tweaks will be made, rides and fish ‘n’ chips will remain part of the offering at Brighton Pier and no wholesale changes are expected any time soon at the “profitable and cash-generative landmark seafront visitor attraction.”

Shareholder approval for the deal will be sought at a general meeting of The Eclectic Bar Group in London on April 26. If approved, the acquisition will be funded via a £8.5 million share issue and up to £13 million of debt financing with Barclays Bank.

Headquartered in Gateshead near Newcastle upon Tyne, The Noble Organisation retains assets including bingo halls, amusement arcades and the Angus Steakhouse chain. During its 32-year stewardship of Brighton Pier, it has undertaken one of the biggest privately funded heritage restoration projects in Britain. It also significantly expanded the size’s of the pier’s amusement deck, which now includes such rides and attractions as a Reverchon log flume, Pinfari looping coaster, Fabbri Booster, Zamperla Air Race, a Waltzer, Dodgems, Carousel and Ghost Train. 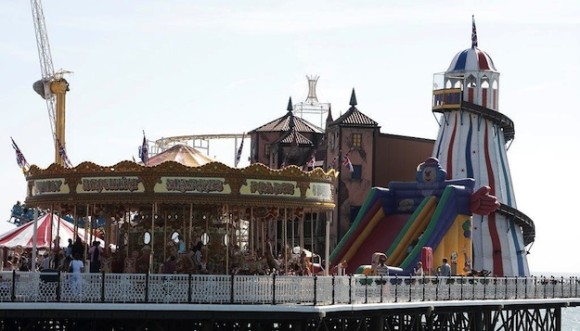 Three other popular British piers have changed hands in the past 12 months. Last May, Adam Williams from Tir Prince Raceway and Fun Park near Rhyl bought Llandudno Pier in North Wales for £4.5 million, while in August fellow showman Peter Sedgwick acquired Blackpool’s South Pier and Central Pier, where he has operated rides for over 20 years, giving him control of all three of the resort’s piers including North Pier. All four of these facilities were previously owned by Crown Entertainment Centres, formerly trading as Six Piers Ltd/Leisure Parcs.

Thanks to its proximity to London, however, Brighton Pier (once known as the Palace Pier) enjoys a particularly high profile reputation and footfall. Later this year the East Sussex resort will witness the opening of the British Airways i360, a 162m-tall (531ft) observation tower from the designers of the London Eye on the former site of Brighton’s West Pier.