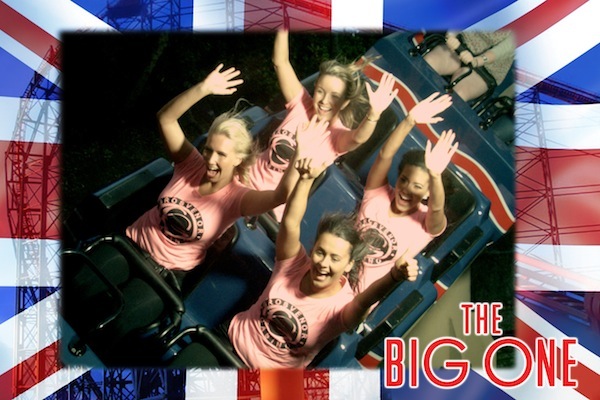 As the company celebrates 20 years in business, Picsolve CEO Jeff Kelisky tells us why he believes in-park image capture is poised for an explosion as guests seek to share every moment of their life with family and friends.

Although we’ve been capturing amazing moments for the last two decades, there has been a real step change in the last few years as to how images are captured and enjoyed within theme parks and attractions. Such images are leading the social media explosion and our tools, such as the Picsolve app, are making it easier than ever for guests to share those moments.

The biggest value in images is the moment they happen – I need to share what I am doing, where I am going, not once a month, once a week, but several times a day. Photos are now the tool that narrate your life. People want to get off a ride, pull out their phone and they’ve got it, shared it, and got feedback from their friends almost instantly.

There’s a whole bunch of added value that parks can get out of that. Now they are not just talking to their guests, they are talking to each guest and 230 of their Facebook friends (the average number on the popular social media platform). Generally people at theme parks share more, because of the dynamics of what they are doing, but there is traction across different types of venues, from aquariums and waterparks to cruise ships and sports venues. School groups are probably one of the biggest untapped areas, because you have lots of kids but not a lot of photos being bought, obviously though it will be the parents that are driving it.

I believe the whole experience is set to change from where we are today and images chase the guest to a world very soon where the guest is chasing the image. For this to happen, everything that we capture has to be made available, whether it’s a ride photo, a green screen experience or a character meet-and-greet. These are no longer separate transactions.

I think we are going to see all-inclusive photo passes becoming more commonplace, just as all-you-can-eat meal deals are catching on in theme parks too. In three to five years time this is going to be like Wifi in coffee shops, where people expect it and when you find don’t find it, it’s annoying.

We are also trying to keep the purchase window open a little longer, so when people ask themselves, “I wonder if you still have that photo I did last time?” – you actually do. That has value to the guest. And if they download our app, they can also add their own images into the same album.

We’ve already found that if you take pictures where people look at the camera or know were the camera is, those pictures sell a lot better. Probably the biggest demand from people right now when they get their images is the ability to modify them, put a smiley face or text on it. A lot of our energy goes into how we can make photos into an experience, and little by little we are adding new features.

Your can do great things with green screen. The typical green screen photo would be you stand there, the background changes, and you get the shot. That’s a passive experience, but if you look at what we are doing with Harry Potter at Warner Bros Studio Tour Studios London, you are on a broom flying through
Hogwarts; suddenly you are part of the story. The conversion rate in terms of people who want that
experience captured on video is north of 65/70%, a standard green screen is 10-15%. And the interesting thing about The Making of Harry Potter (as opposed to the The Wizarding World of Harry Potter at Universal) is that there are no rides, so the photo opp actually becomes the ride!

There are still a number of people that want to walk away with something physical. In the US, 30% of the time that people go to a park or attraction it is for a special occasion, and so they want something that acts as a souvenir of their visit. There will be a tipping point I think when digital becomes commonplace, but print will always be there.

We did some focus groups to understand guest’s attitudes to photographs, and what came out of that was that it’s not so much the price of photos that they perceive as too expensive, it’s the fact that people have paid to get in to a park and now they just want to enjoy their day; they don’t want that second hit. So we asked, if you could buy a pass before you came in and you knew that you get a better deal, would you? The feedback was very positive. The average person today probably buys one or two photos if they buy any photos at all, whereas as those who buy an all-inclusive package download about eight images. The parks are achieving higher per cap spending, and the guests are getting a lot more for their money. Win-win!

We also did a bunch of tests to try and understand people’s perception of value when it comes to digital. At what point is the quality perceived as suspect if you price it too low? In the US it was about $4. We also found that our customers were challenging us for high-resolution images. We thought surely they just want to share it on Facebook but, no, they will pay more if they get the high res image.

A common mistake people make is thinking that digital is cheaper than print, however the storage costs, the back-up costs, the hardware costs to ensue that we can deliver quality images within minutes of someone jumping off a ride mean that it is not as simple as that. Not all park operators have Disney’s deep pockets to take risks with the technology that this demands, but some of the investments we are making are de-risking it for our partners. We install all the hardware and software, and then it’s a choice – some parks want to staff it themselves, sometimes we’ll staff it. The revenue spit is then adjusted accordingly, but for most of our partners there is no cost of entry.

Recently we announced that we will be partnering with Dubai Parks and Resorts. That’s going to a huge project with four parks – Legoland, Motiongate, Bollywood Park and Riverpark entertainment district – all on one site. We’ll be able to integrate our very latest image technology right from the start, and I’m sure it will deliver great cap exes to each of the operators concerned. And this is just the beginning. I can’t wait to see what the next 20 years will bring!

Picoslve began its journey in the theme park and attractions industry back in 1994 with what, by today’s standards, would seem a simple ride photography system at Blackpool Pleasure Beach in England. Now the company captures over 100 million images each year – photos and video – at over 500 venues around the world. Jeff Kelisky – pictured below – was talking to Owen Ralph. 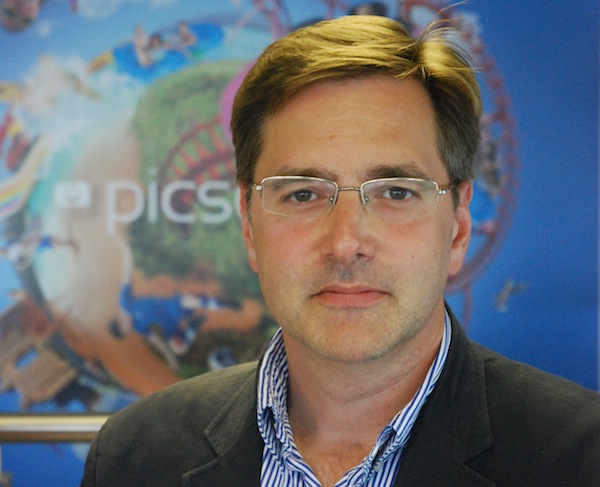