Amid all the European consolidation of recent years, one group that has been quietly doing its own thing is Parks & Resorts Scandinavia (PRS). At the end of a record-breaking season, Owen Ralph caught up with Mattias Banker, one of PRS’ three young owners.

Since 2006, Parks & Resorts Scandinavia has invested over SEK500 million ($70m/€50m) in attractions and infrastructure. This Swedish chain entertains around 2.5 million annual guests and includes Gröna Lund and Aquaria in Stockholm, Skara Sommarland and the animal park Kolmården.

Please give a brief history of Parks & Resorts Scandinavia

The group was founded in 2000 with Kolmården zoo and hotel, and a year later they added Gröna Lund and Skara Sommarland. Gröna Lund is Sweden’s oldest park, it’s 126-years-old, and until then it had always been family owned.

However the new owners faced a few issues and in 2006 they sold everything to Johan Tidstrand and his sister Helena, who fought bravely against Parques Reunidos. After that they acquired a small aquarium in Stockholm called Aquaria.

Johan and I have been friends for a long time and recently he asked me to join him. Just a few months ago we bought 20% of a project called ABBA World.

Before this I was just a normal park visitor and had a company selling surgical implants. Johan had a tattoo business, he is a tattoo artist. Now Johan is the majority owner, I am minority owner and Helena is a silent partner; she is not working at the parks.

How will you ensure the parks retain a family feel?

First I must say that we still have sons and daughters from the old owner family working here and they are doing a fantastic job. I think my approach to keeping that old atmosphere going is just be here, to live it. PRS previously had its office in the centre of Stockholm, but we said ‘this is stupid,’ so as I speak to you now I am in my office in the centre of Gröna Lund, and Johan sits just across from me. It was great when we moved in, we found all these posters of some of the concerts artists that have played here, people like Roxy Music and Bob Marley. There’s a fantastic heritage here.

If you start planning exit strategies and looking at EBITDA all the time you loose that feeling. We do have people looking at the figures, but personally I am not as interested in that. It’s important to look at what our customers want and ask, “How can we make this the best park possible?” I think I know what it’s like to be a visitor to this park, and I know what I want.

For the 2009 season you added a new coaster at each park. Was this a defensive move in light of the economy or would you have done it anyway?

It was always part of our plan when Johan and I bought the parks, but then all hell broke loose. I don’t know if we would have decided to buy the coasters if we were in the economic climate we were in a year later, but to be perfectly honest I am really glad we did.

This has been a fantastic season; I think we were up over the group by about 20%. Now we can have a little slower year in terms of new attractions. There will be something new, but I think it’s important to spend some money renovating our parks too.

Gröna Lund attendance was up by 23%. The park smashed its daily attendance record on August 2, when 23,000 guests packed the park for a Lady GaGa concert. The same week we smashed our weekly attendance rate with 120,000 visitors!

At Skara, they had really lousy weather in that part of Sweden but it was still one of the best seasons ever. Tranan [the new S&S Freefly Coaster] was key to their success. It’s a good ride. Weird, but good!

At Kolmården, attendance was up by 16%. This year we put a coaster into our marine area. It’s a just a family coaster from Vekoma but it’s a huge step for the park and as its shows it’s possible to have attractions and animals in the same park. 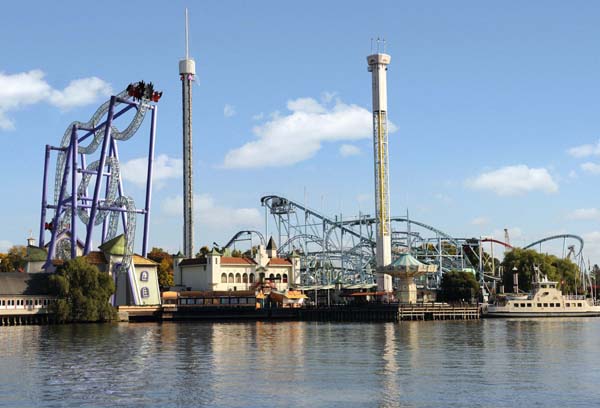 Did the “stay at home” trend help?

In Sweden we are “easy” people. If it says in the newspaper you don’t need to travel, 80% of us don’t. People are doing their vacations at home, and I think a combination of this, some good attractions, and a lot of PR actually, put us in a good position compared to previous years.

What are your plans for Gröna Lund?

Our big goal is to develop the parking lot at Gröna Lund and put a real top 10 rollercoaster and maybe a Star Flyer or something on there. I think we can absolutely do this. We aim to have a building permit within a year-and-a-half, so maybe in three years we can move ahead with new projects.

The parking lot will add about 10,000 square metres of extra space to the park. At the moment we have something like 38,000 square metres. Actually we will only be loosing about 220 parking spaces, and most of our people come by boat or by bus anyway; this is a city park. I still have my parking space though!

What about the other parks?

I am pretty sure we will be following the resort model in future. We have a small camping area outside Skara, maybe we can add a hotel. At Kolmården we have a hotel already. If I say it’s like [Disney’s] Wildnerness Lodge I am lying, but it’s like a lodge you might find in Africa.

We would like to make our animal park more like Animal Kingdom or Busch Gardens, with a mix of attractions and animals. Kolmården used to be owned by the city, but didn’t make money. We added the first ever theming in 2007 when we moved our tigers into a new area called Tiger World and this year we added Delfinexpressen, the new coaster. It worked out perfectly, the people were happy and the animals were happy.

It’s a huge park and I think the future we will be more of a themed park, a destination resort you can stay for two days. We also want to move towards pay-one-price. At the moment, you pay your entry and you can see the animals and a dolphin show, but you need to add money for our safari park and some other attractions.

Tell us more about ABBA World

It’s a semi-permanent museum that will tour the world starting this January in London. I’m not a big fan of ABBA, but the way they are using technology and 3D is very interesting. It’s comparable to being on stage with ABBA.

The ABBA museum was supposed to open in Stockholm, but the backers had some financial difficulties and together with Stockholm city called Gröna Lund/PRS and asked us to help. We contacted Live Nation and Universal Music and together bought everything. Now ABBA will travel the world and finally, maybe in two or three years, end up in a permanent museum here. Personally I am not very involved with this project, but it was a good opportunity for PRS.

Do you have any plans to expand outside Sweden?

It’s embarrassing because we are called Parks & Resorts Scandinavia but we don’t own anything outside Sweden! It’s a name we inherited, but we have no plans to change it. Maybe some day we will expand outside Sweden. We get contacted from time to time with different parks and projects, but our main goal is to work with the attractions we have already. Except for ABBA, I want to be personally involved in everything. I can’t say we won’t buy something else, but right now if we add any more I will probably have a heart attack!

Would you sell out to a larger group?

This is not something we want to sell; I want to give this to my kids. We don’t have an exit strategy and we don’t buy other parks just to make money. We have been contacted by bigger groups [about takeovers] but have said, very politely, “Thanks but no thanks.” 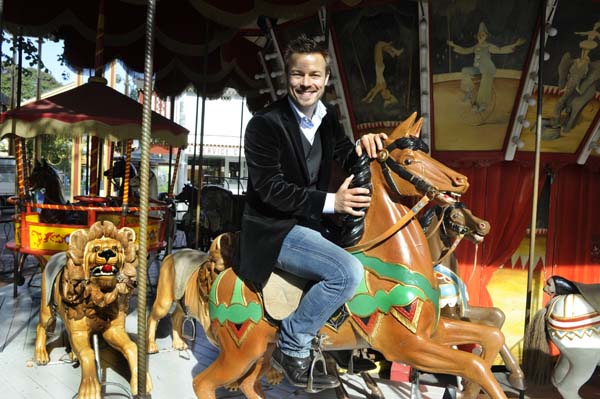