Celebrating Italian ride manufacturing, the exhibition took place at the well-appointed Rimini Fiera from November 27 to 29. Whereas Park Show used to run in conjunction with the ENADA coin-op show, this time it took place alongside SiaGuest, a leading European exhibition for the hospitality industry (hotels, resorts, camp sites etc).

The timing was perhaps a little unfortunate. Not only was there the close proximity to IAAPA, but the show came just two months after Euro Attractions Show in London, which is now firmly established as Europe’s premier event for the amusement industry.

Nevertheless, organiser Facto Edizioni would stress it is going after a different market and that the location offered easy, affordable access for Italian ride manufacturers. Yet even on home soil, several big names failed to commit, and the exhibitors failed even to reach treble figures (around 40 companies took part). Visitor numbers stood at around 1,000.

“We can’t deny that the return of Park Show was difficult and encountered many obstacles,” reports Facto Edizioni owner and editor of Games & Parks Industry, Danilo Tosetto. “Despite the low cost policy and the need for suppliers to sell, including in new markets, not all Italian companies recognised the value of our initiative. For those exhibitors who believed in us and in most cases expressed positive opinions, we thank them for their support and want to stress that we are committed to developing the event in a constructive way for the benefit of everyone.”

Now in their ninth year, the Golden Pony Awards were presented during the show. Created by Facto Edizioni in 2002, the awards recognise excellence among operators and suppliers in the leisure industry. The latest round of winners assembled for a gala evening at Rimini’s Hotel Continental e dei Congressi on November 28.

Eighteen companies and individuals were recognised in total, from 10 countries including the USA, Saudi Arabia and many European nations. A new element this year was a special category for sports-oriented leisure facilities, which are becoming increasingly popular. The organiser’s closely-guarded selection criteria also ensured there were several names that were less universally known but equally worthy of recognition.

Some of those names included CityDynamiek Eindhoven, a Dutch company that entered the travelling show business around 10 years ago to organise Park Hilaria and other funfair events in Eindhoven, and Pircher, an Italian firm well known to manufacturers of amusement rides for its niche product: coaster wheels. From Saudi Arabia, Adventure World was recognised for its chain of children’s theme parks at shopping centres throughout the Middle East.

The next Golden Pony Awards will be presented on March 21, when a special ceremony will be held during RAAPA Expo in Moscow recognising operators and suppliers from the CIS (former Soviet) countries. A similar event was held at RAAPA in 2011. 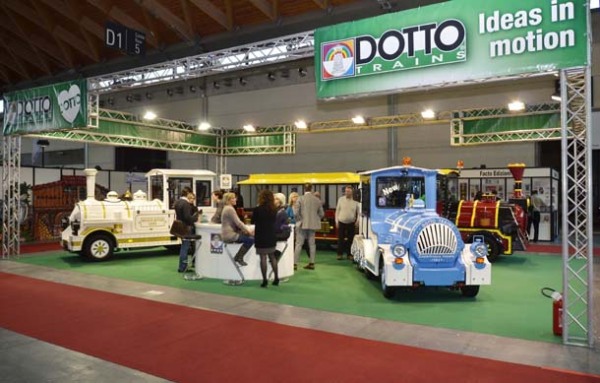