It’s the largest building in the world ever constructed …and it includes a waterpark!

The New Century Global Centre in Chengdu, China, was officially opened to the public on June 28. Boasting around 5.5 million square feet of floor space, the freestanding structure is large enough to accommodate 20 Sydney Opera Houses and has three times the square footage of the Pentagon in Washington DC. 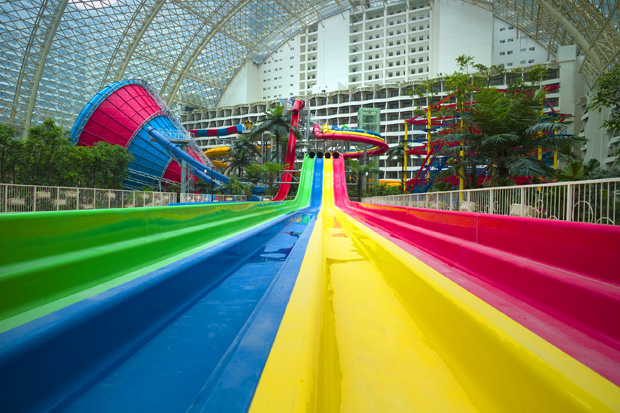 As well as the Paradise Island waterpark, the building houses a conference centre, south-west China’s biggest shopping and entertainment mall, two 1,000-room 5-star hotels, an ice rink, and a 14-screen IMAX cinema. Is that all? Approached to design and furnish Paradise Island, which sits in the centre of the record-breaking, 18 storey glass and steel building, was leading waterpark supplier WhiteWater. 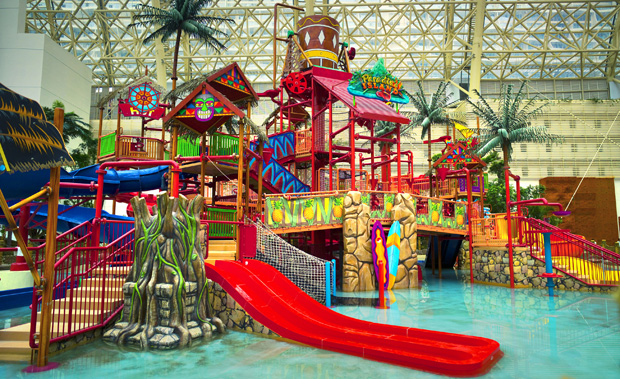 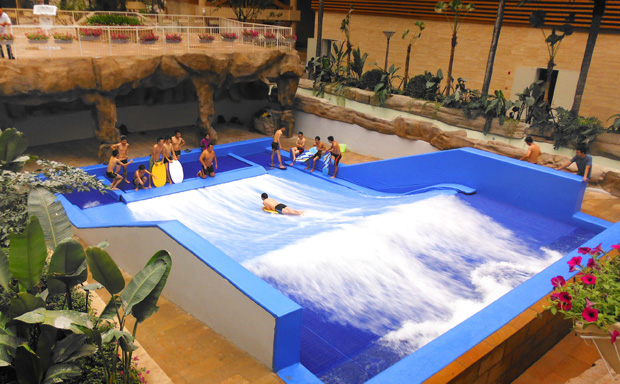