In a relatively short amount of time, S&S Worldwide has grown from a pioneer of high-thrill tower rides to the largest US manufacturer of rollercoasters and amusement rides. But how did it get there?

Headquartered in a beautiful Rocky Mountain valley in northern Utah, S&S has overcome its obscure location to reach into some of the world’s leading theme parks and attractions. Debuting its first Space Shot tower ride in 1995 at Reino Aventura in Mexico (now Six Flags Mexico), the company created an entirely new product category that spawned multiple copycats. Yet today S&S’s patented pneumatic air-launch is the system of choice for many park operators.

Indeed, S&S has taken the same environmentally-friendly technology and applied it to rollercoasters and other attractions, in the process setting records for speed and thrills. In 2001, S&S shattered previous records, becoming the first coaster manufacturer in the world to eclipse the 100 mph barrier with the 107mph (172km/h) Dodonpa at Fuji-Q Highland in Japan. 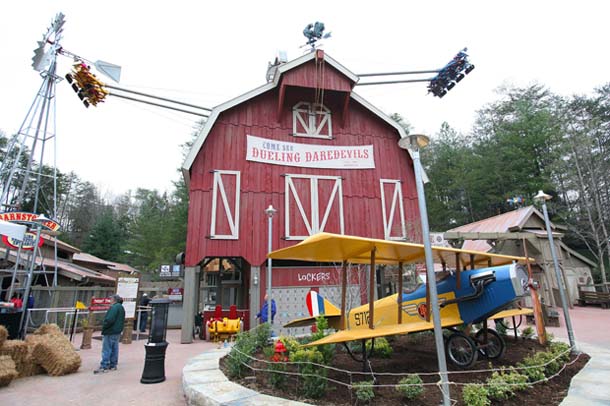 By partnering with parks that share the company’s foresight, S&S has gone on to take its products to the next level. After trying out the concept at a couple of small American FECs, the Cedar Fair group stepped up in 2005 to give the Screamin’ Swing a try. The ride used pneumatics to swing riders up to 110ft (33m) into the air at speeds of up to 60mph (96km/h), delivering forces of up to at 4G on the descent. With its small footprint and “green” credentials, the Screamin’ Swing became a global hit, installed most recently this past season as “Barnstormer” at Dollywood in Tennessee.

In 2008, Indiana Beach amusement park in the US state of the same name debuted a ride called “Steel Hawg” – S&S’ first El Loco coaster. The attraction featured new signature elements including outward banking and the world’s steepest first drop. Each successive ride has gained a new Guinness World Record, including the latest (“Timber Drop”) unveiled this summer at Fraispertuis City in France. 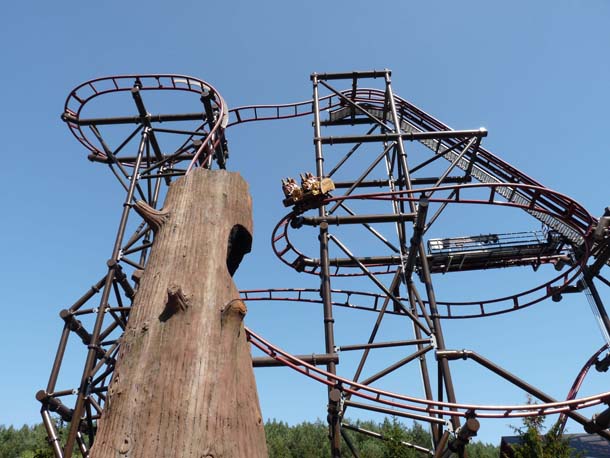 When the owner’s of Germany’s Nürburgring Grand Prix circuit launched a motorsport themed park called RingºWerk in 2010, they were determined to offer guests a ride experience similar to the thrill of a real life race. S&S was selected for the job, its goal to provide RingºRacer – a rollercoaster that would launch from 0 to over 135mph (215km/h) in just over two seconds. As sometimes happens with leading-edge projects, however, there were setbacks. A simple programming error by an outside contractor caused a mechanical failure in the launch system during testing, and when the programmer left the site, never to return, the project seemed doomed.

“Failure is never an option,” says S&S vice-president of sales and marketing, Kevin Rohwer, “we are committed to see every project through. So we went back to work, hand in hand with the Nürburgring, TÜV and new consultants and programmers. Working under intense scrutiny, the launch system has been rebuilt, certified and approved for public opening on a date to be determined by the operator.” 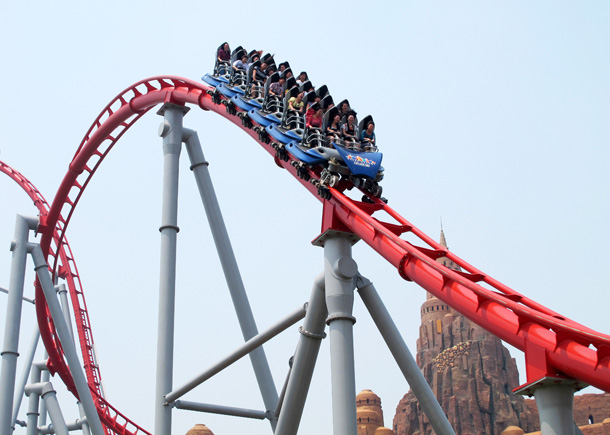 Two Extreme Launch Coaster projects were undertaken by S&S recently in China, both for the OCT Group. At Happy Valley Beijing, Extreme Rusher was launched this May, while due to open soon is Bullet Coaster at Happy Valley Shenzhen. Each ride features a similar track configuration, pushing the envelope in layout and speed. Neither were without challenges during installation, but S&S’ philosophy of keeping the end in sight allowed it to overcome these difficulties and complete the projects to the customer’s satisfaction. Now, two of the best coasters in the world – designed in the US – are set to launch passengers from 0 over 80 mph (130km/h) in about two seconds, every day in China.

Where will S&S engineer excitement next?