Following a similar format to Castle of Chaos in Branson, Missouri, Nightmare treats audiences to a spine-tingling 3D show with added in theatre effects, animatronics and interactive features.

Sat in tomb-shaped seats on a giant rotating platform, up to 25 riders – or players – can enjoy the experience at a time. The 7-minute-long show features a Norweigian version of Alterface’s film TheHouse, telling the tale of silent movie star Carla Bauer, who has disappeared during shooting in a castle.

During the film, the passenger platform spins between action on two screens and an additional target wall of animatronics. Guests can interact with what they see by using laser pistols to trigger projections, light effects, sound effects and movements. A picture of each player is projected on screen above their score, combined with a surprising effect at the end of the game. 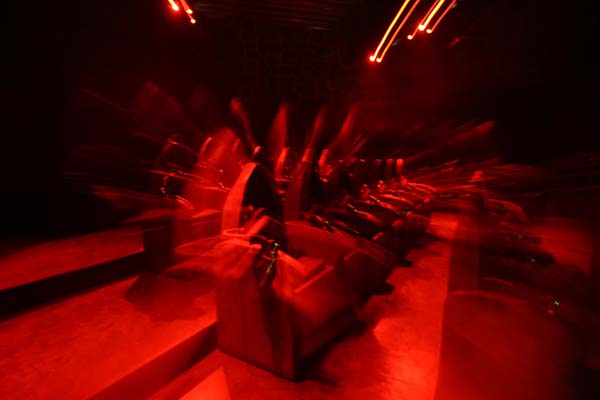 Whereas Castle of Chaos was produced in association with Clostermann Design, which produced the theming, scenic elements on Nightmare are courtesy of TAA Industries, the Spanish company with production facilities in, fitting enough, Transylvania.TAA produced and installed the ride’s exterior and interior theming and animatronics.

From the outside, the attraction takes on the appearance of a castle, while inside props include medieval weapons, wooden furniture and a huge open fireplace. This cosy setting is interrupted by the presence of two knights on the walls that turn into zombies when hit by the player’s pistols. Additional effects on the target wall include flickering candles, a spinning cross, a painting that morphs into an ugly face, a macabre mirror effect and a zombie in a cupboard! 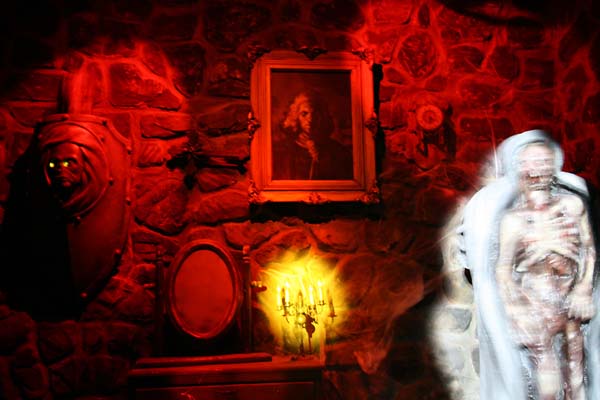