OCT’s Window of the World park in Shenzhen, China, will soon open a Zamperla MotoCoaster. The ride is one of several new coasters confirmed from the Italian manufacturer to open in 2013.

The ride in Shenzhen – pictured above and below – will feature a lift hill rather than a launch start and essentially be a mirror image of the ride Zamperla installed three years ago at China Dinosaur Land in Changzhou.

The new Dream Park outside Mumbai, India, will get a Zamperla mine train for 2013. The ride will feature a very similar layout to the 13-year-old Wild West Mine Train at Ocean Park in Hong Kong. The Indian park’s developers have even created an artificial hill in an attempt to replicate some of the thrill of the Ocean Park ride, which is constructed on the side of a mountain overlooking the South China Sea. A second coaster at the park will be supplied by Premier Rides.

Meanwhile at the Adventureland FEC in Sharjah, United Arab Emirates, a 300-metre-long family coaster will be built three metres off the ground, so as to accommodate other rides underneath. 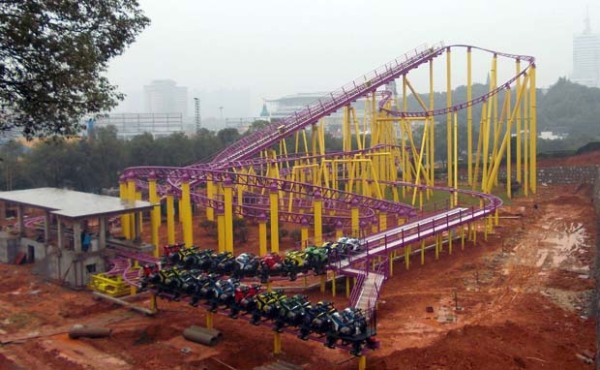