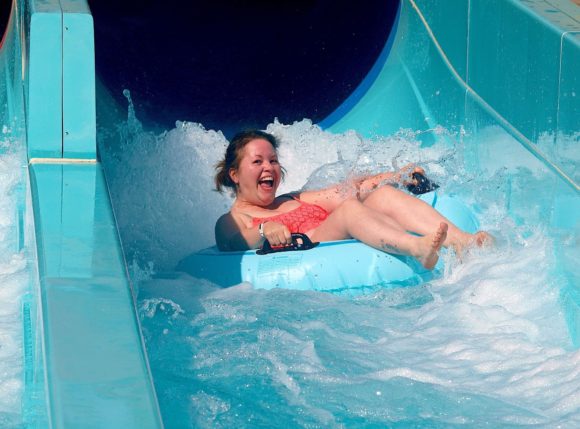 Quassy Amusement & Waterpark, Middlebury, Connecticut, has opened its new Category 5 Rapids – Extreme Waterslides. From ProSlide Technologies, the new three-slide complex represents the largest single investment in the park’s history. With a combined length of more than 1,000 feet, the water raft rides bring to 15 the number of water slides in Quassy’s Splash Away Bay water park.

Yolanda Cortes of Hartford, Connecticut, plunges into the landing area and was all smiles as she was one of the first to officially ride the new Category 5 Rapids – Extreme Waterslides. Yolanda was accompanied by her two daughters in a visit to the 110-year-old family-owned park.

The largest of the three giant slides, which Quassy has named Torrent, is ProSlide’s Tornado 18, which accommodates single and two-person rafts. The patented funnel shape flushes riders up the Tornado walls, oscillates each tube multiple times and generates the suspended-weightlessness sensation that is unique to ProSlide funnel rides. After dropping into the funnel, riders are swept up the wall to the equator line, which is actually perpendicular to the ground. The ride creates the illusion of going over the edge. Two gigantic Pipeline serpentine slides, named Quassy Rapids and Serpent, round out the three-ride attraction. The new slides all depart from one platform and conclude in runoff troughs near Saturation Station, a modular water play area. The Pipeline slides are designed for single our two-rider rafts. 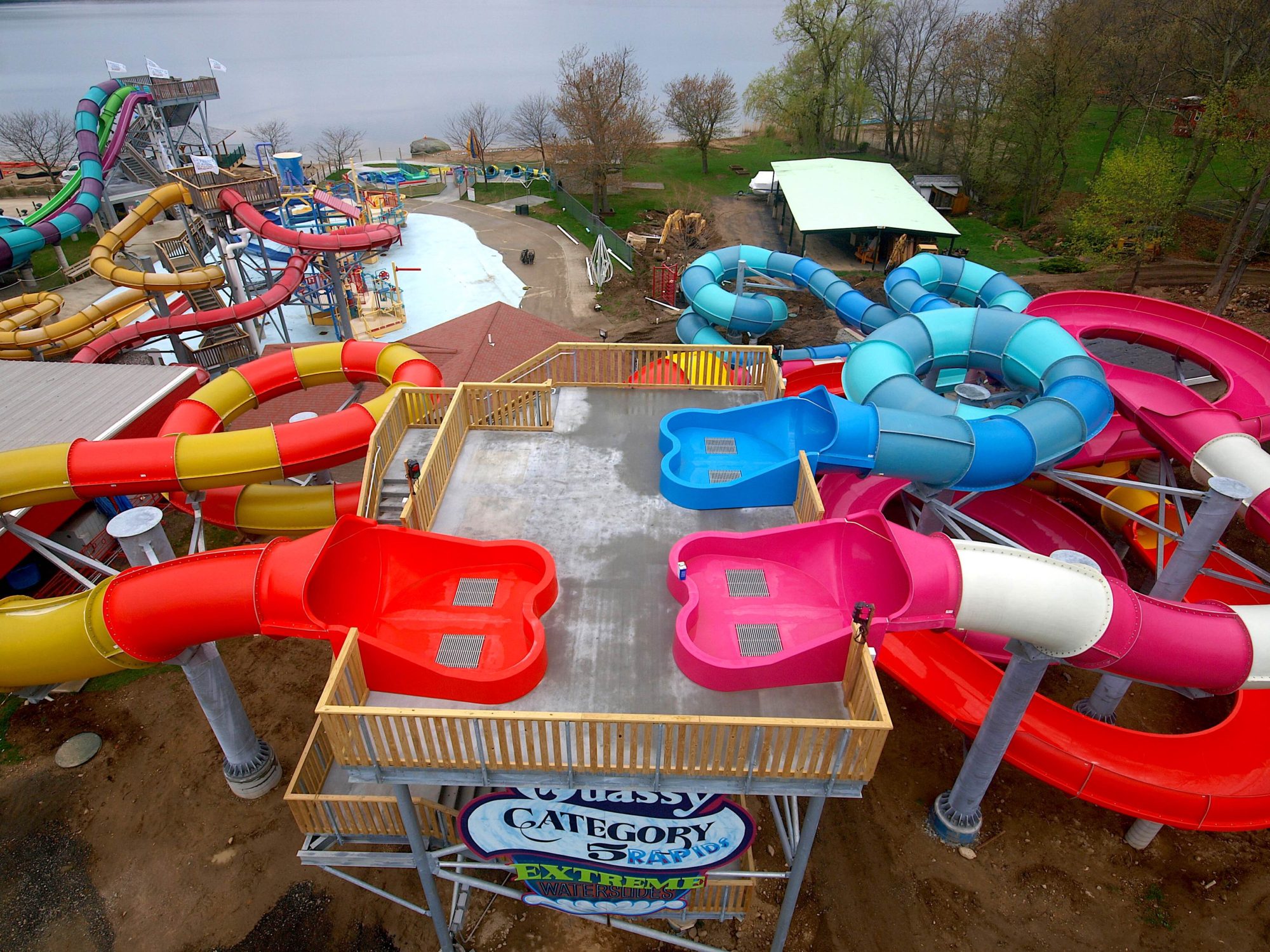