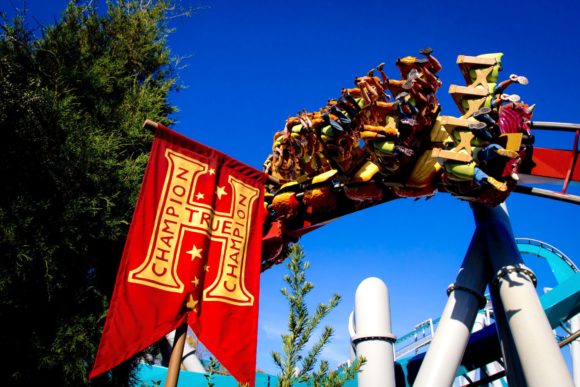 According to a blog posting by Universal Orlando Resort, a new generation of thrill ride is coming to The Wizarding World of Harry Potter – Hogsmeade at Universal’s Islands of Adventure in 2019. It promises to take guests deeper into J.K. Rowling’s Wizarding World, where they will encounter some of their favourite characters and creatures (but not necessarily Harry Potter). The new attraction will be one of the most highly-themed coaster experiences Universal has created. It is said to “combine a new level of storytelling with an action-packed adventure…and a few surprises along the way.”

Dragon Challenge, the two-sided, intertwined, inverted B&M coasters that was part of Islands of Adventures’ grand opening in 1999, will be closed to make way for this all-new ride. The last day of operation was September 4.