To celebrate its 10th anniversary season in 2012, Legoland Deutschland is to debut a Gerstlauer Sky Flyer and a new themed area within Miniland.

In keeping with Legoland’s core values, Flying Ninjago will feature an element of interactivity as riders operate wings either side of their seat to change the orientation of the gondola (as pictured). The 22-metre-tall attraction will be located within the Little Asia section of the park in Günzburg, Bavaria. It is one of three Sky Flyers Gerstlauer is installing for the coming season.

Just in time for Legoland’s birthday on May 17, visitors to the park’s Miniland area will be able to discover six scenes based around Lego’s new Ninjago toy range. Built from thousands of Lego bricks, the new exhibits will be available exclusively at the German park until November 4. Further events including a martial arts show and acts from the Chinese State Circus will get guests in the Ninjago spirit.

Meanwhile in the Star Wars section of Miniland, a life-size Lego model of the dark warrior Darth Maul will be added. There will also be a new addition to Legoland Atlantis by Sea Life, Tiefsee Abenteur (Deep Sea Adventure), Legoland Deutschland reopens for the season on March 24. 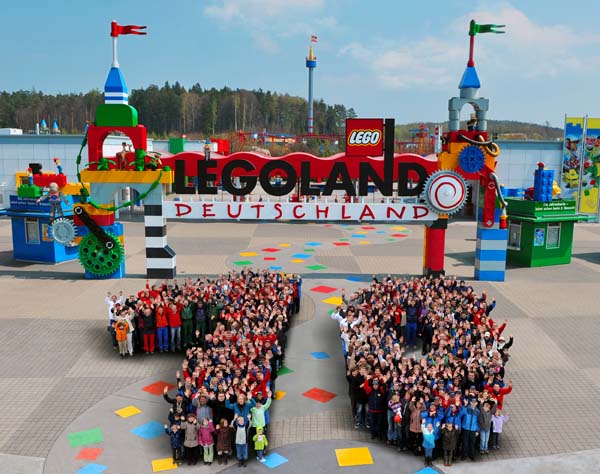