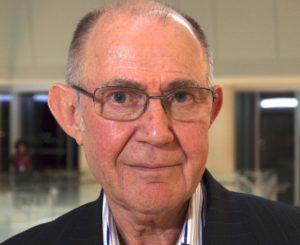 Dynamic Motion Rides co-founder, David Vatcher, celebrated his 70th birthday in October – and retired at the end of 2017 after the grand opening of Dymorides’ first Flying Theater at the Museum of the Bible in Washington DC.

During his time with the company, Vatcher implemented Linear Synchronous Motor-Launch Systems to roller coasters, paving the way for a new standard in the industry, and earned several patens in the United States, China, and Taiwan on new motion system technology – worth several patents pending in the European Union and China.

Michael Prager has taken over the corporate and commercial lead of Dynamic Motion Group as Chief Executive Officer. With a background in law and finance, Prager is an entrepreneur from Austria with experience in business development and international business.

Simon James has served since 2010 as Director of the Dynamic Motion Development and Production company in UK and will act in the future as Chief Technology Officer of the entire Dynamic Motion Group of companies.