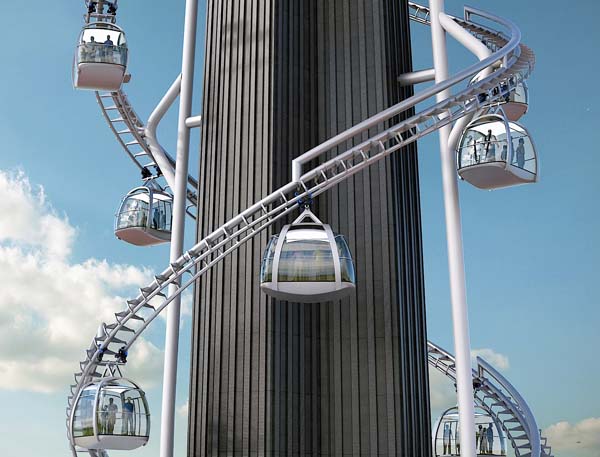 US Thrill Rides has a signed a development agreement to build a large observation attraction in New Orleans, if its partner on the project is successful in winning a contract to transform the city’s World Trade Center building.

Two Canal Street Investors Inc is currently a finalist in the competition to redevelop the site at the foot of Canal Street. As part of those plans, the company has made a $40 million deal with US Thrill Rides to realise a 320ft-tall (98m) structure named the New Orleans Tricentennial Tower. The eye-catching attraction would feature a double helix gondola viewing experience as well as a sky-high restaurant and observation deck. The tower would be ADA (American Disability Act) compliant and built to withstand Category 5 hurricane wind velocity.

The vision is to create an “iconic” landmark and observation experience, much like the Seattle’s Space Needle or the London Eye. The intended height of the tower and the downtown Riverfront location will apparently provide breathtaking 360° views of the Louisiana city’s French Quarter, Commercial Business District, Mississippi River and greater New Orleans area. 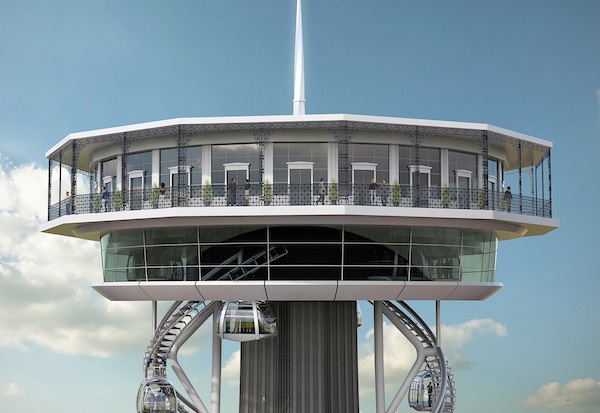 “The Seattle Space Needle hosts well over one million visitors per year,” notes US Thrill Rides president Michael Kitchen. “Together with Two Canal Street and our additional investor partners believe that a New Orleans’s Tricentennial Tower would quickly become one of the city’s most popular visitor attractions.”

In addition to the gondola ride and restaurant, the two parties also propose a “New Orleans 360 Interactive Experience” interactive tour in association with the Louisiana Maritime Museum at the 300ft observation-deck level. Kitchen adds that the Aquarium of the Americas situated next to the World Trade Center Building already draws in excess of 1.5 million annual visitors and that the Tricentennial Tower could help the city reach its overall goal of 15 million.

The New Orleans Building Corporation is expected to announce the results of the RFP (Request for Proposal) process on March 23, 2015. If Two Canal Street Investors is selected to redevelop the site, US Thrill Rides could have the Tricentennial Tower finished in time for a grand opening during the City of New Orleans Tricentennial celebrations in 2018. 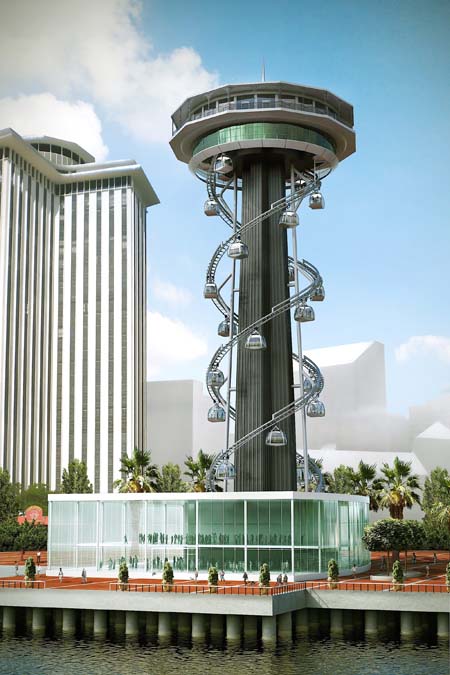