New dark ride will be Efteling’s most expensive attraction ever 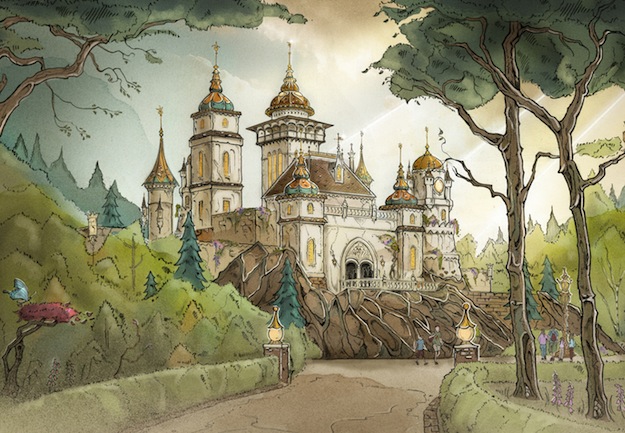 Set to open in summer 2017, Symbolica: Palace of Fantasy is the name of Efteling’s big new dark ride that will l be built in the centre of the famous Dutch park as part of its 65th anniversary celebrations.
The new attraction will revolve around the themes of reality, dream and fantasy and will be similar in concept to existing Efteling favourites Droomvlucht (Dream Flight), Fata Morgana and Carnaval Festival. Built at a cost of around €35 million, Symbolica will become Efteling’s largest and costliest attractions ever, eclipsing Vliegender Hollander (Flying Dutchman) and the Ravelijn show arena/office building, which were the most expensive additions to the park when they opened in 2007 and 2011 respectively.

Hosted by Pardoes the magic jester, riders on are invited to embark on an adventure through the magical, hidden rooms of the Palace of Fantasy. A maximum of six people will step into each carriage and then choose one of three different routes. During their adventure they will encounter various animated scenes and interactive elements. The attraction will be constructed in the centre of the park next to Polles Keuken pancake restaurant. Once we know the supplier of the ride system, we will bring it to you.

“Symbolica will be an attraction for the whole family,” declares park president and CEO, Fons Jurgens. “This dark ride will help Efteling to maintain its distinctive edge and its position at the top of the list of European theme parks, not only through unique and characteristic storytelling and thematisation, but also through our close attention to detail in every aspect of the attraction.”