The Swarm features stark theming including the wreckage of a plane and fire truck. Ahead of its official launch on March 15, Thorpe Park invited former fighter pilots to test the attraction. The ex-RAF (Royal Air Force) and Red Arrows pilots, who together form aerobatic display team The Blades, reached speeds of up to 100km/h during the intense thrill ride. 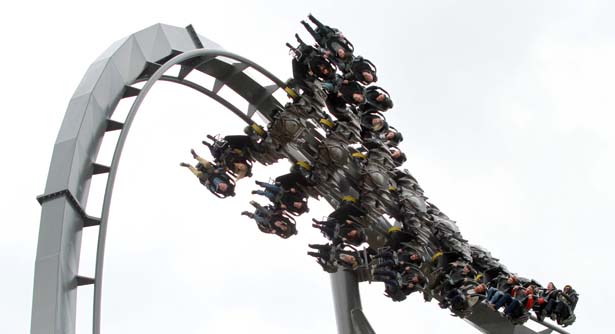 Built on its own island, The Swarm features an inverted first drop of 127ft and several exciting near misses (or near hits!). With cars suspended either side of the track, all 28 riders are left completely exposed with nothing above or below them and thanks to car’s massive “wingspan” of almost six-metres, each twist in the track produces a spectacular effect. 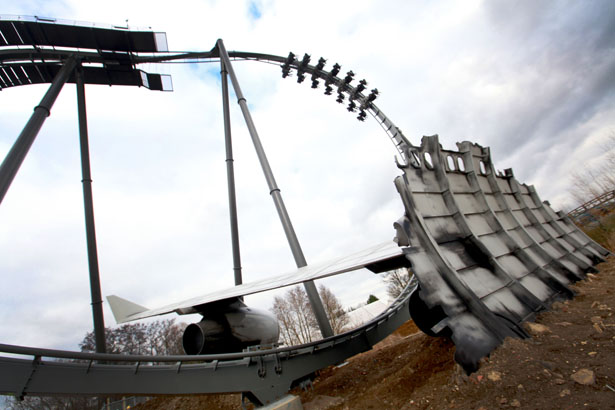 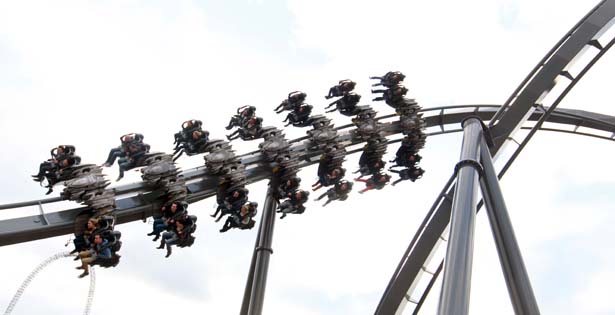 “I am a self-confessed adrenaline junkie but even as a pilot used to G-force there were some gut-wrenching moments,” reports Blades team leader, Mark Cutmore. “I have to admit the near miss element is eye-watering – you really do feel as if you are going to crash into the structures.” 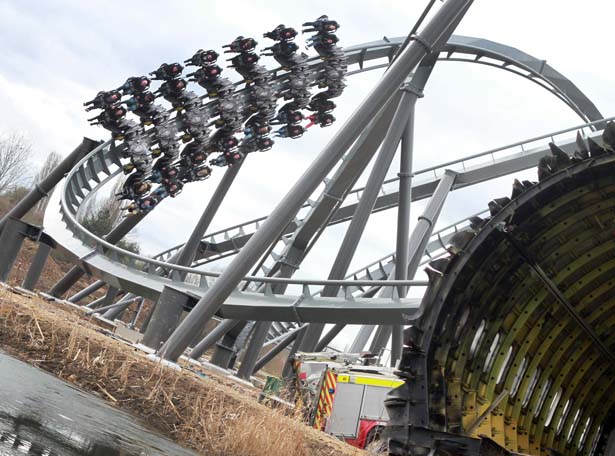 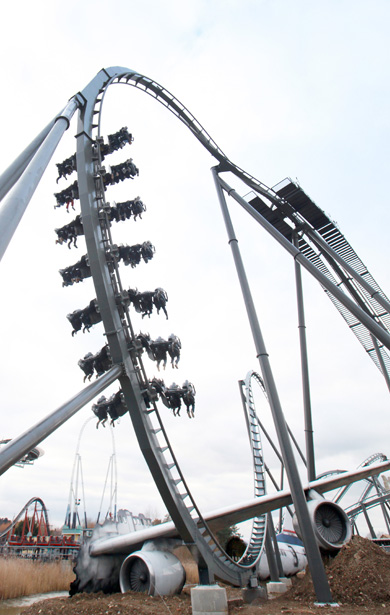